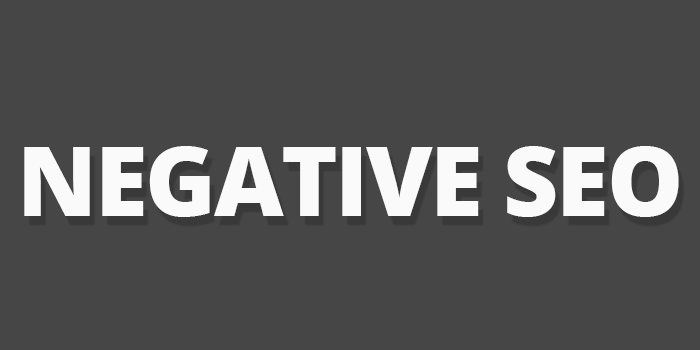 What is Negative SEO?

Negative SEO is quite possibly one of the most controversial and misunderstood tactics within the SEO community. Many people deny its existence, while others fear it happening to their websites.

Negative SEO is the process of using blackhat tactics, most often backlinks that violate Google Webmaster guidelines in order to demote a site (usually of a competitor or enemy). Other negative SEO tactics include hacking a website so that Google removes it completely from the search engines. 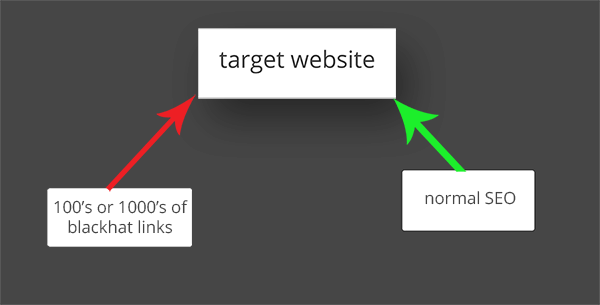 Google denies that negative SEO is possible. But how can this be? How can Google tell who has built these links? Google has also stated that if negative SEO does become an issue with you, that you should use the disavow tool to remove it.

Another clue into figuring out if Google truly believes this or not, prior to 2003 Google had a page on their website saying:

There is nothing a competitor can do to harm your ranking or have your site removed from our index.

They later changed this statement to:

There is almost nothing a competitor can do to harm your ranking or have your site removed from our index.

This leads us to believe that Google knows that negative SEO can cause rankings to your website from negative SEO.

While this practice is strongly negated by Google (they’ve stated this on the record), there are quite a few agencies as well as individuals that wholeheartedly believe in this theory. I’m not going to enter the dark-side and start linking to case studies that have been done, but they are out there and are very controversial. This subject tends to get people very emotional, it is something that everyone hopes (regardless of which side you take), does not happen to them.

In November of 2014, I worked with a company based in California it was a legit business with 7 employees, and an eCommerce website that sold goods online. They called Elite Strategies after their website “disappeared” from the search engines. This was about 30 days after Penguin 3.0 rolled out, so right away I thought they were doing blackhat SEO.

But this company had never hired an SEO company before, and other than a few citations they manually built (Yelp and about 4-5 others) they had never done any link building. We checked their backlink history and in the past 120 days almost 500,000 backlinks from 9,000 different domains were built! I spoke to the CEO, the founder, and the IT specialist and none of them knew anything about this, they said they have always ranked for their products and received about 30% of their new customer income from Google Search.

They suspected it was a competitor that never played by the rules. In the past year they suspected a competitor left negative reviews for them on Yelp, Google, and Facebook and wrote other defamatory things online. It was always done under a fake persona, and they never could figure out which customer was responsible for the reviews. They had come to the conclusion it was a competitor, as they have no other enemies in business.

Their traffic was now practically non-existent from Google. While they didn’t hire our company on retainer, they did hire us to consult with their IT director to walk them through the disavow process. Sadly, Penguin didn’t update for over a year and the penalty wasn’t able to be lifted until 2016. The business suffered greatly during this time, luckily they had a strong customer base to keep them afloat and used social media as a traffic source in the mean time.

I am 99% convinced this was negative SEO, and that negative SEO was responsible for penalizing them.

This tactic really accomplishes 2 things for the negative SEO:

You see, if Google were to do a manual audit on say an eCommerce “doll niche” website and see 1000’s of Russian backlinks about garbeley-goob nonsense, it is somewhat apparent this is negative SEO.

A more sophisticated attacker would actually spread these backlinks out across many “legit looking” domains, all with relevant anchor text. This essentially disguises the links as “whitehat looking” but still would raise red flags to Google, and eventually with enough velocity cause a penalty.

Another negative SEO example is website hacking. Not worried because you have a backup? Think again! In many cases, an attacker might hack a website and take it down. This is most of the time very easily fixable.

A more sophisticated attacker can do any of the following:

The list could go on forever. Essentially, the attacker would sabotage your server in a way that might not give you a penalty, but could gradually reduce your rankings over time and really piss you off!

I’m not going to give any examples here, but essentially the attacker will email websites that link to yours and say “hey, can you remove the link to my website for reasons XYZ?” The attacker can use a [email protected] or [email protected] type of email address, which sadly works as evidenced by all the phishing emails I still receive with this type of from:email.

Essentially what this does, is remove any and all links to your website, one at a time. This is another nasty negative SEO example because you probably have no idea this is happening to you until the damage has been done.

The good thing about this, is if you find out you can attempt to find out who is doing it to you or at least prevent them from doing future negative SEO.

The following is a list we’ve compiled over the years that there might be some negative SEO: 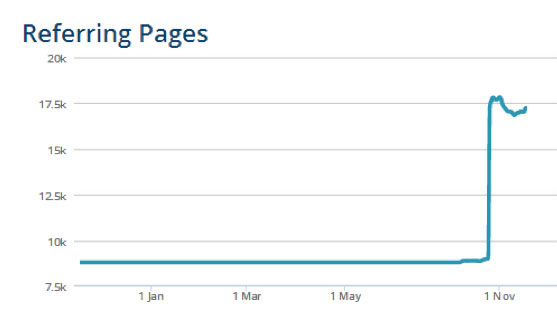 Negative SEO warning sings really depend on the motivation of the “attacker.” Some negative SEO’s just want to slightly cause an inconvenience. They will purchase $20 worth of links from a forum. Other negative SEO’s have large budgets and teams of technicians at their disposal including blackhat hackers with access to large botnets, capable of taking down a website or a botnet with access to 100’s or 1000’s of websites.

How to Prevent Negative SEO

There is truly no way to prevent negative SEO from happening. Anyone can whip up 1000’s of links and point them wherever they want. You can however set up some systems to notify you when this happens or help mitigate it.

Again, there is no surefire way to prevent negative SEO from happening, but you can setup some systems to notify you or mitigate it.

If you haven’t wondered this by now, then you will now:

A: Google clearly states that if you build link spam, your site will be penalized.

B. On the other hand, Google clearly states that it is not possible for people to demote or penalyze a site in ther SERPs by using link spam?

Something doesn’t add up. I have my theories and I’m sure so do you. Today we are not going to walk down the conspiracy theory road, but rather an ethical path.

We as internet marketers work in a wold without a standards board, we have no ISO to define us, there is no certification board. Other than Google, it is up to us to have quality control. Negative SEO is just wrong, no matter how you look at it. It is not fair and it is definitely not “doing the right thing.”

Negative SEO is the digital equivalent to sneaking into someones business at night, smashing the windows of their business, and burning the place down. It’s like stealing a fleet of moving trucks from a moving company. You are attempting to remove them from the competition, without getting caught. It’s sneaky and it’s wrong. Negative SEO’s do what they do with complete and total anonymity, and without consequence.

There is an unwritten rule amongst SEOs that you do not partake in Negative SEO. Even most black hat SEOs look down upon those that sabotage another persons business.

Conversations on blogs and forums need to move away from the “if and how” of negative SEO and more toward the ethical complications of considering it, and outing those who partake in it.

For those that wish to see, here is Google’s official statement regarding negative SEO. This was issued by Matt Cutts via Google on Dec 18, 2012 :