Google is monetizing the Knowledge Graph

Google is monetizing the Knowledge Graph

Google has been monetizing organic search for many years. It started off with basic AdWords listings in the search results, then moved onto more advanced formats such as extensions, images, WAP, and product listings etc.

Let’s jump right into things here. A few weeks ago we discovered that Google decided to start showing lyrics for songs on Google search. Simply Google your favorite song and presto! Your lyrics appear before you. But Google is not just about making your life easier, oh no my dear friend. This is a very calculated effort made in an attempt to gain a larger market share.  Genius (formerly Rap Genius) alone was recently been given a valuation of $1 billion dollars. Perhaps Google is doing this in retaliation for the stunt Rap Genius pulled around Christmas of 2013 when they were penalized for using blackhat SEO to gain a larger portion of this market.

But these lyrics aren’t so innocent. A link carefully placed at the bottom of every set of lyrics exists to add more dollars to the bottom line. Yes, Google wants improve the usability of their search engine. But lets remember this was a calculated maneuver that exists to line their pockets. 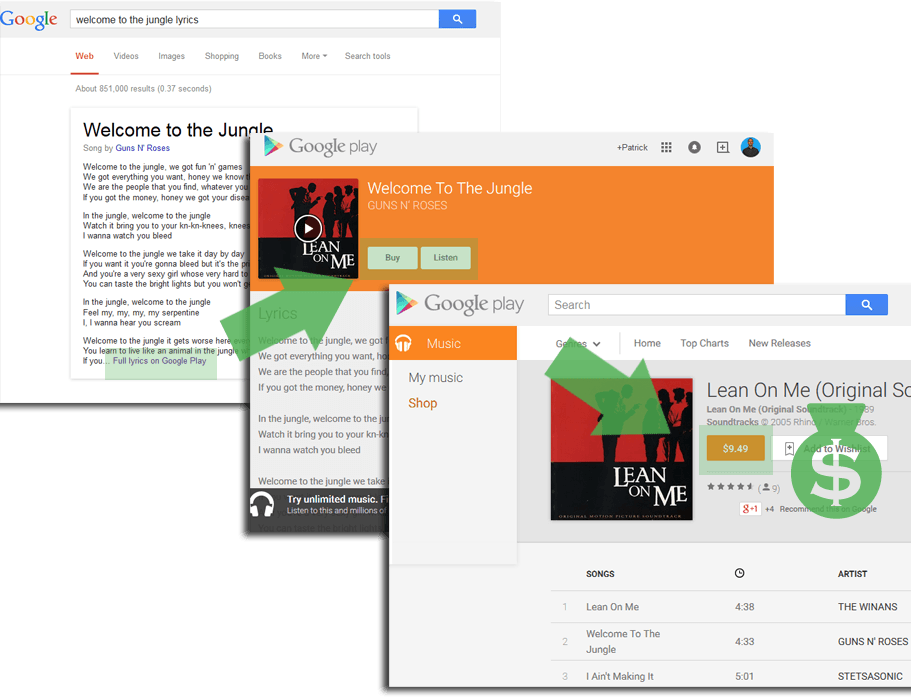 Why is this so significant? Well, as I said before Google has been monetizing the SERPs in a number of different ways, mainly through Adwords and its various types. For example: a Google search for “Horrible Bosses” will return a SERP alongside a Knowledge Graph for the movie, its reviews, some information and a small ad block. 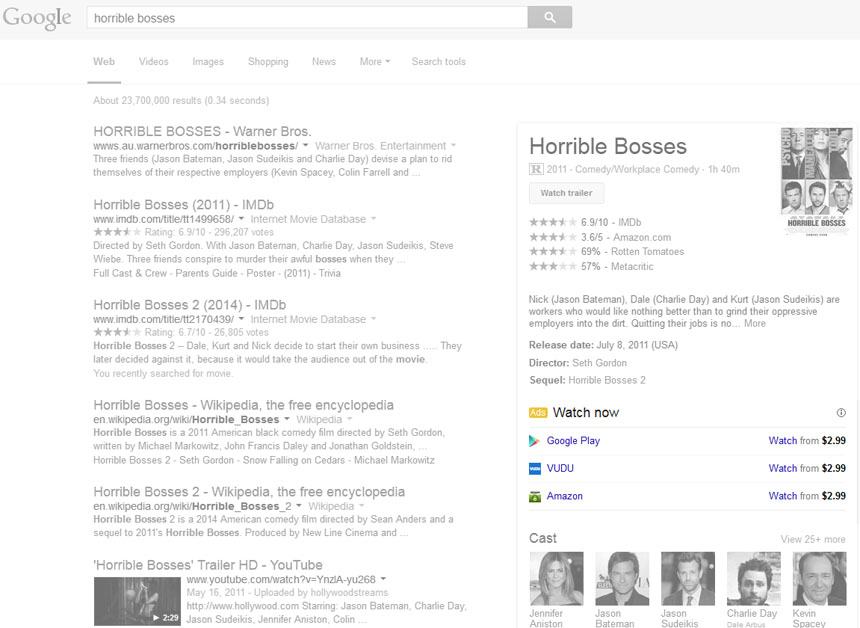 This ad block is occupied by Google, VUDU and Amazon. Each of these companies set a bid to determine their position (or even existence) in this ad block, including Google.

With the new lyrics knowledge box, there is no abilitity for other advertisers to bid for this position. It is simply Google choosing to own this position and exploit the existing traffic to funnel revenue into Google Play. Why allow competitors to bid in this space when they own the entire network?

Google now has a monopoly in this niche and is not allowing any of its competitors to advertise. What will be next?

Does anyone else have any examples of how Google is doing this currently or in the past?