You work 40 hours a week. You manage PPC campaigns. You blog every day, have a family and active hobbies.

Where does being an active contributor to social media fall in?

A well-rounded social profile consists of:

Making all of this happen on a daily basis is literally a full time job. That is where social ghostwriting comes into play.

It isn’t often talked about within any industry, because many people look down on this practice.

After all, who wants to engage with a hired hand behind the scenes of the person you are talking to? I sure don’t.

In the case of major celebrities, your manager will hire a PR agency or social media agency to work with you. Normally what will happen is the agency will assign a worker to the celebrity, and the celebrity will text / email updates to the worker. The worker aka “social ghostwriter” will then be responsible for sharing this message on whatever social network they choose.

In many cases the social ghostwriter will simply be given some basic parameters. From there they will post their own thoughts & ideas without even talking to the owner of the account.

For non-celebrities and non-influencers, the process is somewhat different. Most non-celebs don’t have or need PR agencies or social media agencies, so they normally seek out an individual to post for them.

The person hired for the job is normally an industry person.

For example, there is a “car expert” guy and he wants a social ghostwriter, he will seek out and befriend people on forums and social networks. He’ll look for people that post like he does, or at least similarly.

Once they are befriended and vetted, they would approach that individual and ask them if they are interested in a job.

From there, that person would then be responsible for posting on behalf of that individual.

The reason it happens like this most of the time, is because you can’t exactly advertise for something like this openly. Sure you can be discreet, but if the wrong person applies you could be immediately outed.

Getting outed is not fun

One of the most famous cases of social ghostwriting involves George Takei. Takei, originally known for being an original cast of Star Trek in the 1960’s is now an internet sensation. 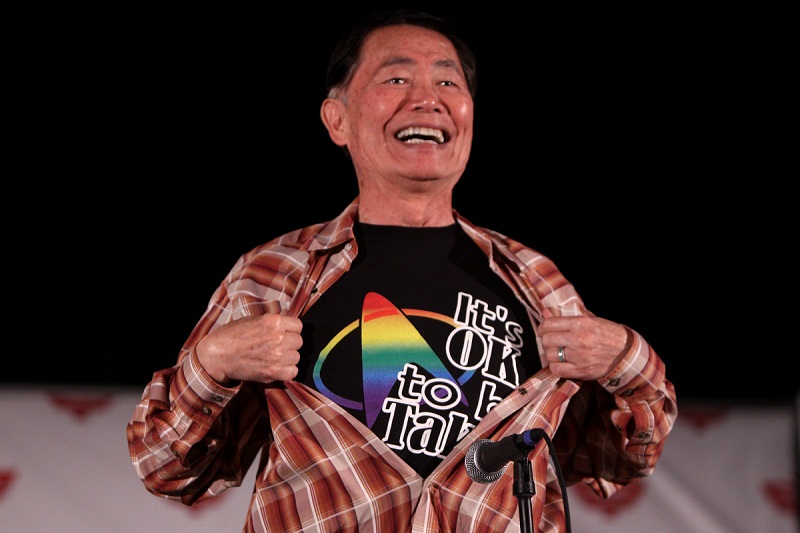 In 2013 a mini-scandal happened where Mr. Takei was outed for not writing his own jokes.

In 2011 social media expert Mark Davidson was painfully outed after he fired one of his social ghostwriters. 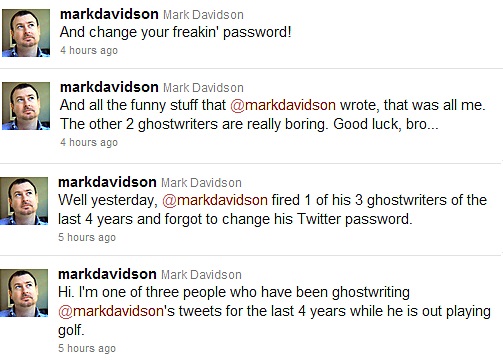 The embarrassment in Twitter was not enough, it hit Yahoo News and several other major publications over the next 24 hours. Not a good thing to happen.

Like many things in life, just because you didn’t get caught doesn’t mean it didn’t happen.

Do you think most politicians are actually making 20 tweets a day? Probably not. Most of them don’t even know how to use Twitter or what it is.

This is every brands greatest fear, having your fans find out that you have someone else pretending to be you.

Being open about social ghostwriting

Guy Kawasaki is probably one of the most famous cases of outing himself for having a social ghostwriter. 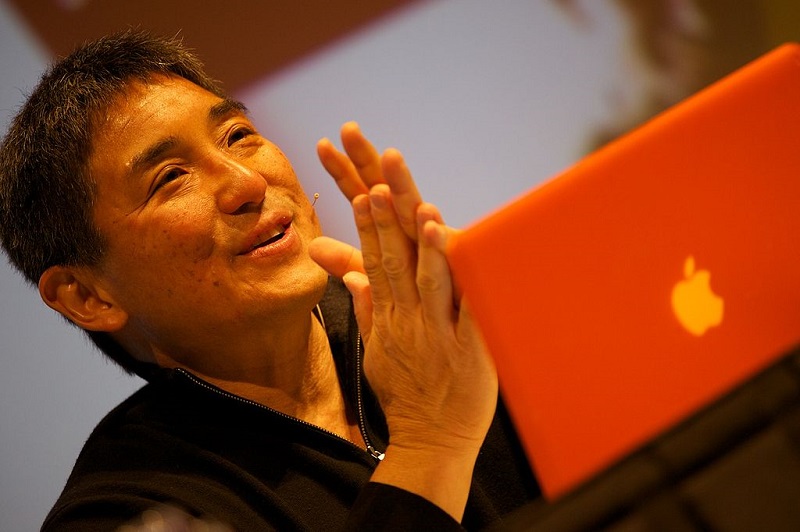 Guy Kawasaki: is open about having a team of social media experts posting on his behalf

Guy’s social media operations have been written about on a number of occasions,dating back to 2009.

Guy is an amazing individual with more professional accomplishments than most people dream of.

Social ghostwriting seems to be working well for him. His followers and engagements continue to grow every day.

Obama’s Twitter account is also managed by a team of experts. His account tweets a dozen or so times per day, and is pretty much “up to the minute” as far as breaking White House news is concerned.

Social ghostwriters are people or agencies that get paid to think, post, and respond on your half. A manager basically gathers your own thoughts and replies and posts on your behalf.

Both are very similar but have 1 major difference. A social media manager’s job is to “manage” your accounts. Sure they might retweet, +1, or even share some news but they will not speak in the 1st person voice as if they were the account holder.

Social media managers are becoming more and more prevalent in our industry, and I would gather much more accepting as well.

I don’t think it is cool for someone to social ghost write aka impersonate someone else especially if you are not open about it.

There are tons of negative implications that come to mind right away:

I still haven’t decided if I am OK with someone acting as a social manager or sharing links and re-tweeting for you. For some reason I think I am OK with that. Having someone hold a dialogue on behalf of you is just not OK, and I think everyone will agree with that.

I feel “some type of way” about people who have social media ghostwriters. Social media is a very personal thing for me. I am a lover of social media. I talk to my close family on social media.

If Google buys 2 of my apps tomorrow and I get on the front page of Forbes next week, I still don’t think I would ever allow someone to post on my behalf.