How the SEO Experts Reacted When Penguin 1.0 Launched 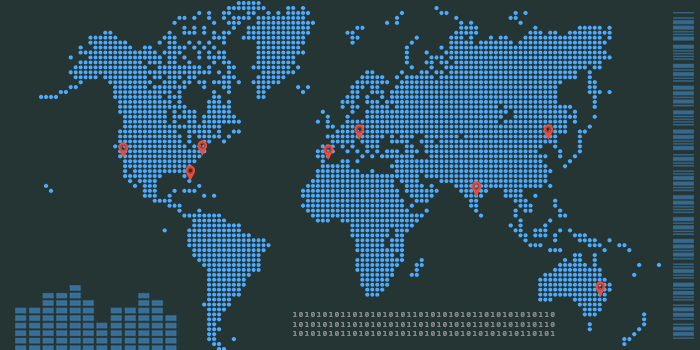 Forward: First off I’d just like to acknowledge that I’m kind of a hypocrite for posting this, so let’s get that out of the way. I hate on expert roundup style posts all the time. A few things I want to note about those remarks. First off, I stripped out all of the links both in content and attribution links. I think one of the reasons people (such as myself) don’t like these types of posts is because they think people only do them for the links. So I removed that from the equation. Next, I think people get annoyed because they think its a lazy way to generate content. With that, I respond with the fact that I have also contributed to this post myself. Lastly, I don’t make it a habit to do these types of posts very often, so you probably won’t see it again.

The date was April 24, 2012, a huge date in SEO history. Long before penalty removal services, disavow checkers, or rants about the difference between an action and a “penalty.”

In early 2012 I was pregnant with our second child. I was considering taking early maternity leave because I was finding it difficult to do my work as a veterinarian while being pregnant. And then, my doctor put me on bed rest! For years, I had been interested in SEO as a hobby and took part in a lot of forums. I had this dream of one day retiring from veterinary work and helping vets promote their websites on Google. When Penguin hit, I had 16 hours a day with nothing to do but cruise the internet and learn. The forums were filled with people who were confused about Penguin. I made it my mission to learn as much as I could about Penguin. I read everything written on the subject and even dreamed about Penguin regularly. And now, over three years later, my entire career revolves around Penguin, links and understanding Google’s algorithms. I get to travel all over the place and speak on the subject and have helped hundreds of business owners. I do miss some aspects of being a vet, but feel extremely blessed to have the life that I have now.

I was at an SEO agency, and we immediately realized we were going to have to build methods and tools to help clients and others who would be hit by Penguin.

I was celebrating my birthday! I believe I was with family and friends when I started seeing all this talk about Penguin at a Cuban-Spanish restaurant I wasn’t really affected by it, but I saw how others were panicking 😀

I remember the day when the first Penguin update hit very well (still getting some nightmares about it!). This marked the day when I stopped using a number of methods to rank webpages in the search engines. When the update hit, 3 of my websites search rankings took a nosedive in the SERPs, being punished for anchor text ‘over-optimisation’. It was a rough few months after that but ended up acting as a blessing in disguise. The following year from Penguin 1.0 was one of the busiest business periods I’ve ever experienced. I was working with a ton of companies on ‘recovery projects’ and almost exclusively focused on those projects for the next 12 months. They were difficult but very rewarding projects to be involved with, and it dramatically improved my understanding of the technical nature of SEO. That said, I don’t miss it!

I was actually just about to take a small vacation to the Bahamas. The actual morning I was leaving I checked some ranks and saw the devastation. 95% of my portfolio was gone and I wanted to puke. Honestly even thought about canceling my trip to instantly get to work because it stung that bad. Multiple $100k+ a year rankings with -50 and -100 penalties across the board. I was playing a dangerous game propping all my sites up on the same public link network, but hey I cashed in pretty good at the time 😉

I remember where I was when the first Penguin hit. It was a Friday around 6pm when I first noticed. I remember that because I was driving with my wife to Miami for a little “stay-cation.” While stopped at a red light, I checked my “SERP tracker” and my jaw dropped. I thought there was an API bug or something. But it couldn’t be a Google dance. Some of my clients moved way up in the rankings, and a small portion of them went waaaaay down! Most of my personal sites tanked. I knew an algorithm update was supposed to happen, but I had no idea it would be this drastic. This was really a life changing moment for me and for most SEO’s. I don’t think it really set in how massive of an update this was. While I never used hard core blackhat SEO for my clients, I was definitely using a lot of black hat tactics at the time on my own sites and a lot of my clients were using them on their own, so this was a wake up call that if I wanted to continue to compete in local rankings, I’d need to re-strategize.

We only had a few SEO clients back then. Penguin rolled in and my reaction was simply to understand it and to know what was ‘off limits’. No client campaigns were hit, so the first feeling was relief that we had been doing ‘SEO’ right even before the link rules were set. The SEO world went mad, but I just saw it as reinforcing how link building should have been done all along.

I’d just moved out of my home office (ahem, shed) and into new local rented office accommodation (more here) in February 2012. Within a few months of getting my feet under my new table (April 24th to be exact) Google’s webspam algorithm update hit – soon after to be called “Penguin”.

Similar to how I’ve approached every algo update before the first Penguin hit and since , I let the dust settle first. Yes, even back then, many in the web marketing and SEO community went up-in-arms whenever Google made changes, especially when Panda first hit in February 2011 (good Q&A with Google search engineers on the original Panda here).

To be honest, I wasn’t overly concerned because I knew that Google needed to combat over-optimization and spam, especially since many SEO’s had tried every trick in the book to rank their sites (or their clients sites) higher.

So, I got that the big G needed to take action. However, since Penguin’s first update, there’s been a ton of collateral damage for every type of website and business. This is why, in my opinion, their re-write that will process signals in real time (not manually, as has been so far), has been delayed – they really can’t screw this update up (certainly from a PR / faith / trust perspective) as many businesses have cleaned up their websites / online profiles and are waiting for Google to review their changes.