When Penguin and Panda were first introduced to the community a few years ago, it was sheer anarchy! Webmasters that relied on spam for so long were finally shut down.

When major Google spam algorithms started rolling out, it wasn’t something that was restricted to the SEO nerd community. No, news of the Google Penguin update hit top newspapers such as the New York Times. These penalties caused massive problems and even loss of revenue for companies such as the BBC, JC Penny, and Interflora.

In 2011 when things really started stirring up, we hearing crushing stories from webmasters losing all of their income, and enterprise level companies that suddenly vanished from the SERPs.

Fast forward a few years. Webmasters now have a much better understanding about algorithm adjustments such as Google Penguin. They know how to avoid these penalties and how to stay within Google’s Webmaster Guidelines. Even black hat SEO’s have modified their practices to keep their sites alive longer than before.

But something else has changed as well. An entire industry has developed dedicated to the removal of bad links and all-in-one Google penalty removal solutions. Just Google any related term such as “remove bad backlinks” or “Google penalty removal” and you’ll see droves of businesses vying for position themselves. 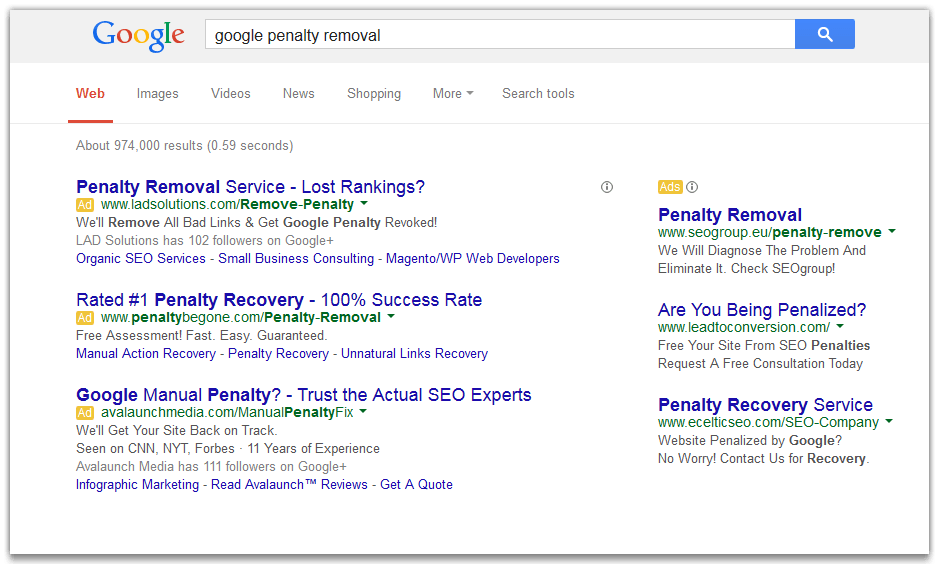 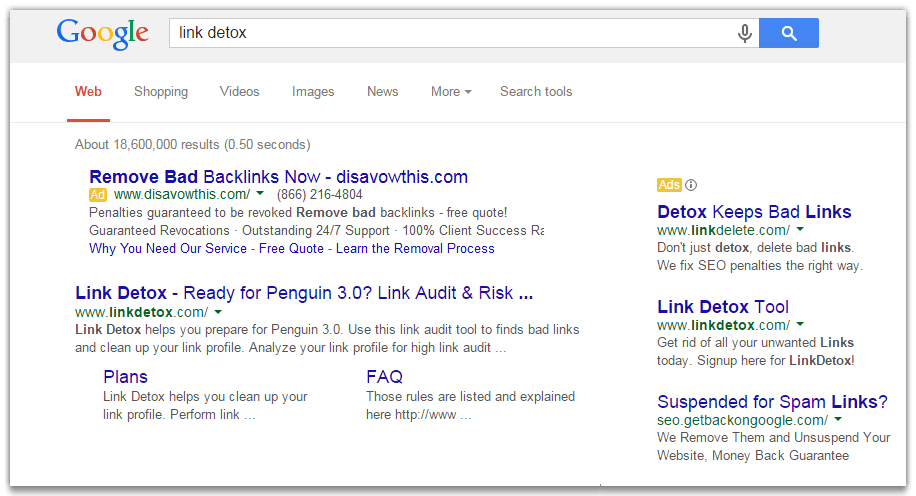 All of these businesses operate on the up and up in terms of general legality and compliance with Google’s standards. In fact, I’m sure Google is more than pleased that they exist to help promote their code of ethics.

Some of these companies are merely SaaS tools that will remove links once and done. Others are consultants that you pay to remove the penalty.

But in order for these companies to actually show results, Google needs to refresh Penguin which has taken over a year this past time.

It has pretty much been known for the last few years that in order to recover from Penguin, there needs to be a Penguin refresh (same with Panda). John Mueller confirmed this in September in a thread in Google Product forums. So when Penguin 3.0 was announced today, it was not surprising to see webmasters all over the world rejoice with glee when they found out their sites have finally shown some recovery.

Just got an email from an Australian Penguin hit client who is back on page 1 again. #penguinupdate

! A rise in client rankings whom we have been doing penalty recovery work for suggests Google have rolled out a Penguin update today. #seo

Penguin 3.0 recovery example http://t.co/wypksiIf0u @mattcutts Are you guys going to announce this soon?

I have also noticed at least 2 sites that I have been keeping my eye on for the past year, and can 100% confirm that they have recovered.

After the last Penguin update (Penguin 2.1) webmasters began getting antsy. They wanted to know when the next Penguin update was coming, or if a “refresh” was happening. Webmasters sometimes spent thousands of dollars per website on complicated disavow processes and manual link removal automation (oxymoron much?) A refresh is not a complete update, but rather a refresh of the last rollout to update the current data within the algorithm.

While Google will continue to crack down on spam across the world, its algorithm will also forgive webmasters for then sins against the search engine and lift the penalties it imposed.