Google’s Matt Cutts Warns us on Advertorials and Webspam 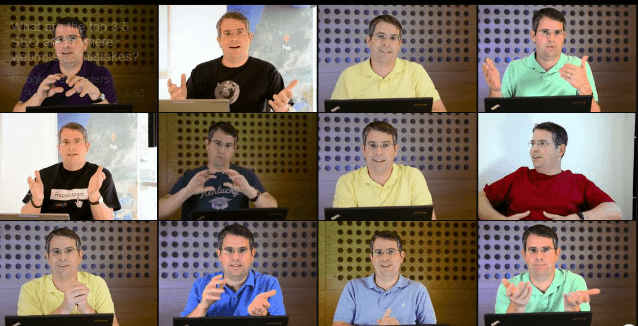 We’ve been seeing quite a few updates from Google lately.  Algorithm updates, videos and press releases all reveal that Google is continuing their efforts in cleaning up their index.

Today (May 29, 2013), Matt Cutts, the head of Google’s anti-webspam team spoke out in a video about “advertorial” content and how that type of content could be affected by Google’s algorithm.

First, let’s take a look at what an advertorial is:

An advertorial is an advertisement in the form of an editorial. The term “advertorial” is a portmanteau (combination of two words) of “advertisement” and “editorial.”

A few examples of advertorials that you might have seen throughout the web are the “local mom loses 28lbs with this weird trick” type of ads.  In fact, these ads have gotten so ridiculous with the amount of “weird tricks” that you see that a Twitter prank account has been created to mock these advertorials daily.

Advertorials aren’t necessarily evil in nature.  It is a form of persuasive advertising that a lot of people use to promote a brand or concept.

Why does Google care about this?

The Google webspam team has been seeing a lot of advertorial content that does not disclose exactly what the content is.  A lot of this content is paid content which Google considers a problem.

Google says that if you pay for links, those links cannot pass PageRank and must be nofollowed.

Matt Cutt’s gives the example of:  “if someone pays a reporter X amount of dollars for a link, it would be deceptive to do this.”

So what are the guidelines for advertorials and links:

1. If links are paid, those links should be rel=nofollw

2. If you are disclosing what it is, it should be clearly listed on the page.

This has been a long standing policy in Google’s webmaster guidelines for a very long time, and well known throughout the search and SEO communities.

Why is this being brought up again now when we already knew?

Google’s algorithm and manual evaluation team has been picking up on a number of these sites, particularly y in the UK right now where there are paid links within an editorial, which really would reclassify these pages as “advertorial.”

To rephrase: if you embed a paid link inside of an editorial post or news article, that article or post now becomes an advertorial by definition.

Google is really trying to look out for their users & trying to provide as much value as possible to their users.

The Google web spam News team also stated that if users did not follow this disclosure guideline that they could go as far as removing the press release or post from the Google News Index.

“It would behoove people to have an abundance of caution whenever they are considering these thing to just make sure that they do provide adequate disclosure and it is abundantly clear to users whats paid and what is not paid.”

I don’t know about you all, but when Google says something, I listen.

We were very lucky enough on this last Google Penguin 4 update to have 0 clients affected by that update and no loss in SERP rankings or traffic.

The only question that I have is how exactly is Google going to determine this.  I.e. how do they tell a paid site from a non-paid site.  I’m not alone in this thinking, during my day today I noticed a few comments on Google+ and other social media outlets that indicate that other users have the same concern.

The bottom line is you can’t get angry if this hits you.  It is clear Google is mainly just trying to punish the mega-corporations that are abusing this to make millions off of innocent users.