The Google Penguin 4.0 “Real Time” Update is Upon Us 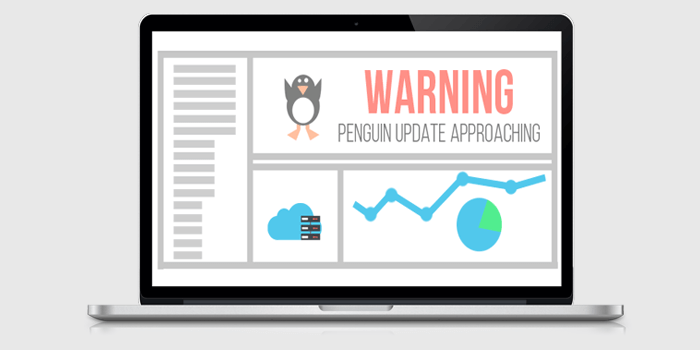 We’ve received official word through unofficial channels that the Google Penguin 4.0 update will in fact hit before the new year (2016.)

In a recent dialogue on Twitter between our good friend Andrew Isidoro and Gary Illyes of Google, it was announced that a Penguin refresh will in fact hit before the new year.

Almost a year ago to the day we wrote a similar post on avoiding Penguin 3.0 and were actually a little late because of the cutoff date. Turned out that version of Penguin already “made its decision” and any attempt at disavowing or removing backlinks wouldn’t count towards that update.

This is why we recommend taking immediate action if you feel your site is at risk for Penguin.

Since the first launch of Penguin in 2012, webmasters have been waiting on edge for the next update to roll by and penalize websites. Even worse, after a site was penalized webmasters would have to wait for the next update to see if the penalty got lifted or not. Sometimes this lenght of time added up to be 6-months to a year. If Google missed your site or you didn’t clean up enough? Wait another 6 months to a year.

This whole process is allegedly changing in this next major version of Penguin. At a recent SMX search conference Garry Illyes of Google made reference to the fact that the next version of Google Penguin would run in real-time or a “continuously running Penguin update“. This means no more waiting for Penguin to update, and much less waiting to get a penalty lifted. This is both really cool, and kind of scary 🙂

While Google is no longer confirming updates through official channels, we SEO’s are still counting updates and assigning version numbers ourselves.

Let’s get right down to brass tacks here: Penguin 4.0 is all about backlinks. This new version of Penguin is smarter than ever at finding spammy backlinks so now is the time to do an audit on any website you care about. The fact is, even if you aren’t doing blackhat SEO, spammy links accrue almost on a daily basis. Even on our website which we maintain a squeaky clean backlink portfolio, scrape sites and other backlink spam stacks up rather quick:

…and it’s not just scrape sites that victimize websites these days. There are all sorts of content farms, auto-blogs, and other types of spam that automagically link to websites on a constant basis. Google normally devalues these links but for smaller websites like ours they can really start to stack up and even outnumber the amount of legitimate links we have! When that happens, it might be time to take action.

Close your eyes for a moment. Clear your thoughts. Ask yourself the question: “Have I intentionally built backlinks to this site for the purpose of gaining rankings in Google?” If you answered yes (and you want to avoid Penguin) then you should start removing backlinks. Examples of these types of links are:

When it comes to asking people to remove backlinks, you are going to have to get creative. You don’t want to lie to anyone, but you may have to tell a story:

This by no means  is an easy task and frankly, there is no easy method to make this happen. Yes, there are tools to mass-email people to remove links but those emails are really starting to piss people off. Back when Penguin first launched webmasters were very receptive to link removal requests. These days it has really been irritating the bejesus out of people and has been a huge topic of debate. Some webmasters are even demanding money in exchange for link removals. As you might have guessed, some savvy blackhatters are even making sites just to charge people for link removal. In short: it has become a huge mess.

My suggestion as of this day in time is to email people one at a time. Track them down via whois records, LinkedIn, Twitter, contact forms, Google or whatever. Ask them kindly to remove the links. Some people want money to do this and after all it does take time to log in and remove links, especially if there are 100’s of them on a site. You did the crime, now you did the time.

Some links are near impossible to remove. Ever tried to remove a link from a forum post? How about a press release in Russia? You may as well write an email and send it directly to your trash can, because these people ain’t removin’nothin’.

When this is the case, there is really only one option: disavow.

Before we talk about disavowing links, I’d like to briefly mention another tactic that could help you avoid a Penguin penalty. If you’ve placed links to your own site that you beleive are of legitimate purpose but you are worried Google will penalize you, you can always add the rel=nofollow parameter to those links. A good example of this are for SEO companies and web design companies that do “website by X company” with a link to their own website in the footer. While these links can be a great source of traffic for a website and a great advertisement for a web design company, they do violate Google’s guidelines and must be either removed, no-followed, or disavowed.

Adding a nofollow attribute to a link is quite simple:

Again, the nofollow attribute should be used on links that you are in control of that violate Google’s webmaster guidelines, but you still don’t want to remove for material purposes.

No-following a link essentially does the same thing that the disavow tool does, it devalues the link and removes all of the “link juice” or PageRank that would normally pass through that link to the linked site.

The disavow tool is mainly for people who did not build blackhat backlinks, had negative SEO done to them, or for sites that refuse to remove your link. The disavow process is simple. Begin by navigating to Google’s disavow tool and take a deep breath. Many guides have been written on how to do a disavow but none of them beat Google’s own documentation on the matter.

Once you’ve uploaded your disavow file it will feel like a big let down. You won’t see any results right away. I don’t even think you get a notification. But fear not, big changes are coming. All of those links you disavowed are no longer counted by the algorithm. This could mean a rank demotion or nothing could happen at all. Google does a good job of devaluing links on their own, so the links you disavowed may already be devalued within Google’s algorithm.

The cool part is, if you disavowed correctly Google’s console will show you a real time status of your disavowed links.

Google has never really went on record stating you should use the disavow tool to avoid a penalty, but many SEO’s including myself recommend using it to stay out of the way of a Penguin update.

If you do feel as though you site is in violation of Google’s webmaster guidelines, now is the time to start cleaning up your link portfolio.