On January 15, 2014 Google announced that the Knowledge Graph would now display social profile links for brands / known entities. I’ve been following this rather closely and even doing some research on the subject.

Earlier this evening, I was perusing Google’s documentation on this subject, and noticed that Google has quietly added in documentation so that people could have social profiles within the Knowledge Graph box. 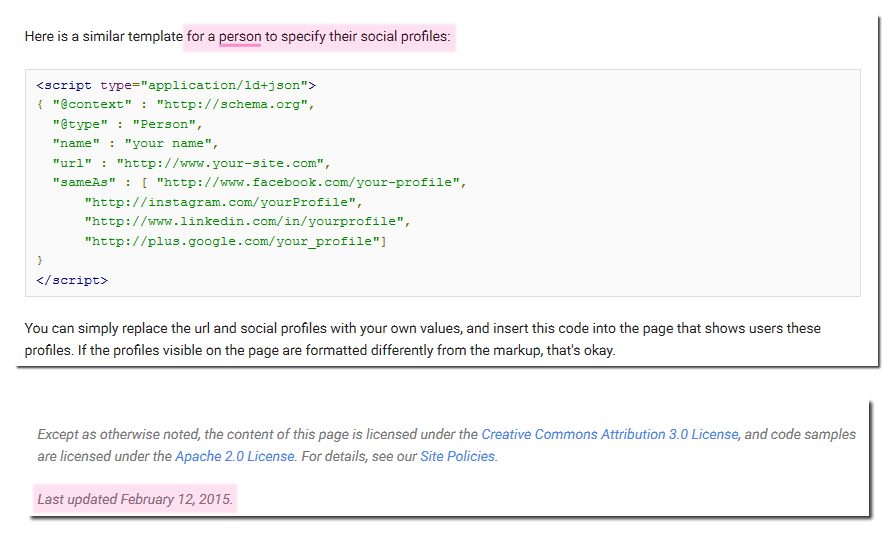 Upon closer inspection, it has been confirmed that not only has the documentation been updated, but social profiles might be appearing in the SERPs for popular people / entities. See this screenshot for “Lebron James.” 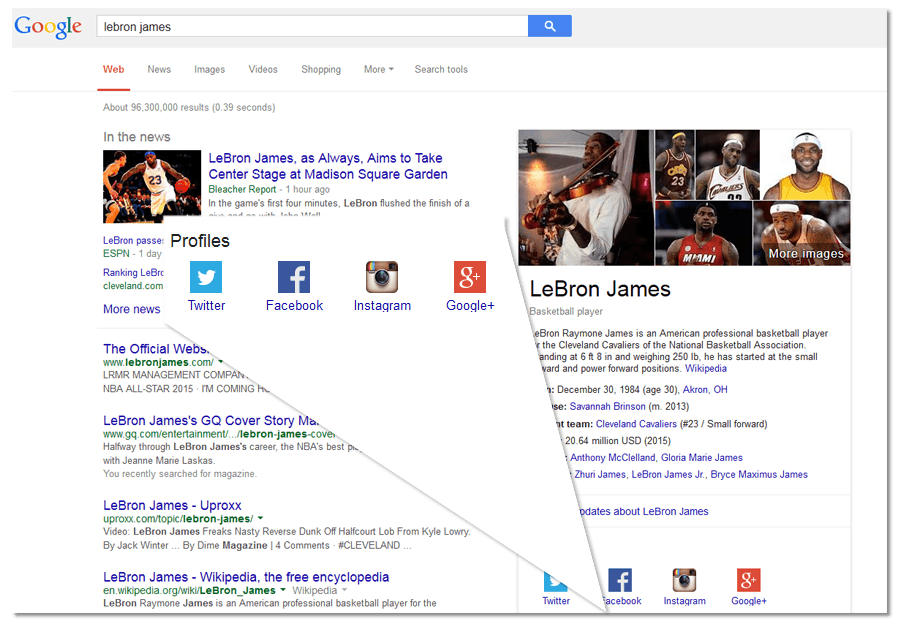 I’ve only been able to confirm this for actors, musicians, and sports figures. Could this be that Google is treating these A-listers as the same type of entity as “Wal-Mart” or “Best Buy” or is Google rolling this new feature out? Perhaps Google is testing this feature with a small percentage of top entities? They’ve been known to do this in the past. I hope I did not use a misleading title. I am confident this is the direction Google is heading.

Examples of people that have social profiles within their Knowledge Graph:

Either way, this is definitely something we’ve been expecting predicting for the past month or so.

@patrickcoombe Haha Me too. I’ve just added social profile markup though so i’ll see how that goes – http://t.co/dWbZE3Zqmc

To me, it only seems natural for Google to start including social network profiles in the search results. Another kicker, it appears that MySpace has been included as an “approved social network.” If you query “jay-z” you’ll see the MySpace logo within the Knowledge Graph. I could be wrong about this, but the fact that Google has updated its documentation is a pretty clear sign to me. If anyone is seeing social profiles for people in the Knowledge Graph for non-celebrities please ping me on Twitter or email Patrick [at] elite-strategies.com. What do you think?

Just did a small query and noticed that Kim Kardashian does in fact have a Knowledge Graph equipped with a social network box (including a Myspace). 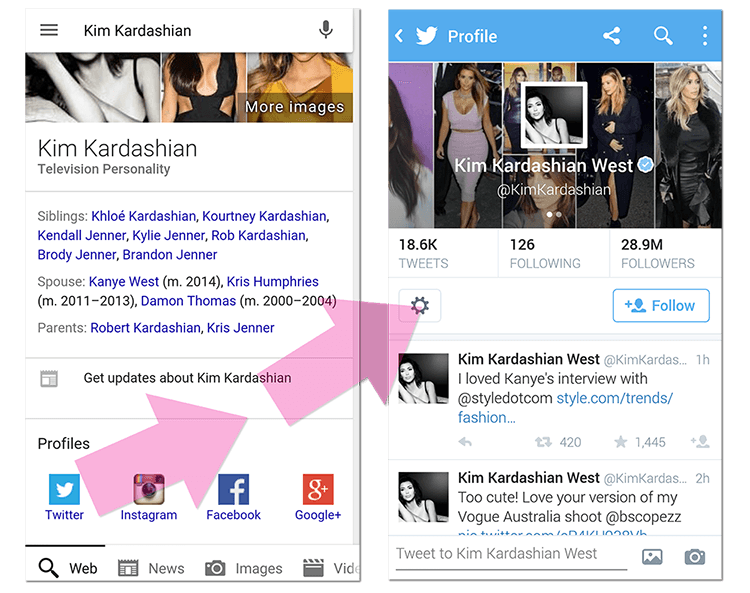 You can’t actually see the Myspace icon on mobile (or perhaps I cut it off) but it is there in fact on the web. Why did Google go out of their way to “add” MySpace to their repertoire? Is there something we should know? Why not Pinterest?

Well, it seems as though Google has opened the floodgates and is now “allowing” social network icons for all civilians. I’ve been testing this about once a week, and now out of the 10 people that did not have it prior to April 1, 7 of them now have social network icons including yours truly.