Yelp is at it again, this time suing a small law firm from San Diego for allegedly posting fake reviews on Yelp.

This isn’t the first time that Yelp made it to the courtroom.  There are countless cases in the past where small business owners have claimed that Yelp isn’t playing fair.

Yelp is claiming that the reviews that appear on the McMillan Law Group Yelp profile were fabricated by employees or contractors of the law firm. 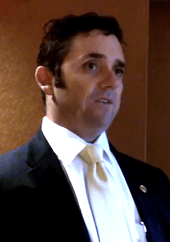 [quote] “I don’t really have time to hop onto websites and goof around…With absolute confidence, I gave legal advice to anyone who ever gave us a Yelp review… whether somebody I knew or referral from a friend, daughter of a client who sat in a meeting, they’re all legitimate,” McMillan stated. [/quote]

Yelp is asking for $25,000 in damages.  It is suing for supposed breach of contract, unfair competition, and false advertising.