Fellow SEOs and internet marketers alike are quickly ditching JPG, PNG, and GIF file formats for the latest and greatest in something entirely new– WordPress WebP. In the not so distant future, WebP will be the go-to image file format, and their predecessors will soon be a relic of the past. We talked about WebP in our last blog post, but since then, more exciting news has come to light. We are of course talking about WordPress’ recent announcement of reconsidering a WebP rollout as an automatic image generation tool. The announcement noted that they will formally research the suggestions put forth by the WordPress community in order to make a better decision for what’s to come in the near future. We have seen the vast potential of WebP for our agency, and we are confident that our colleagues in this robust community can reap the same benefits!

A Closer Look At The Efficacy Of WordPress WebP

Before we discuss the latest update from WordPress, let’s address some key benefits of a WebP implementation. First things first, shall we discuss image quality? While JPG, PNG, and GIF were the resident photo file formats for quite some time, they didn’t always lend themselves to consistency in terms of image quality and clarity. WebP has completely eliminated this issue that many users were previously facing.

By implementing high-quality images, your website will benefit from faster load times, essentially guaranteeing a pleasurable experience for your daily visitors (its enhanced compression also means less storage space is used). What makes this benefit so special? Well, as you probably already know, Google and other search engines make sites that load faster a priority over others. Meaning there is a good chance that your search engine rankings will see a boost as well. There are countless benefits of WebP, but arguably the most compelling are what we mentioned earlier with its effect on managing image quality, and secondly, the fact that it’s such an SEO-friendly tool.

Think about it– Google loves SEO and you can never go wrong with implementing SEO optimization products that come from Google. These tools were intended to make your website lighter, snappier, and smoother, which leads to higher rankings and an improved user experience. The images WebP provides are indistinguishable next to JPG and PNG, respectively, but it’s a fraction of the size–so expect faster loading times and a high-quality experience. A word to the wise though, be careful on how you add it to your site. Installing it the right way will mitigate any fallout and potential issues that could harm you and your visitors. Google was gracious enough to provide a guide on how to install WebP, the right way. You can read more about that here. Now that you have a clearer idea of why WebP is a tangible asset, it’s now time to discuss the latest in what WordPress is considering with its next rollout.

WebP by default in WordPress

Initially, WordPress announced a proposal for adding a feature that was capable of generating multiple versions of every image used on a website, including WebP versions of those images. The purpose of this feature was to simplify the process for publishers to upload images to WordPress and allow WordPress to output optimized WebP versions. The new WebP format is a vital asset that reduces file size and increases the performance of every WordPress Site.

The Decisions, not Options philosophy was specifically cited by WordPress to justify making the WebP feature default to “on”, and to not ship with a user interface for turning it off. The idea of shipping off a feature with no discernible way of turning it off, set off alarms in the WordPress Ecosystem, and rightfully so! The tenet noted that it’s much easier for the developers to make the decisions about options on behalf of users, as creating a product with many options can be bothersome. This design goal fits into the overall philosophy of making every WordPress installation function out of the box, working seamlessly for many users!

Adam Silverstein, a core developer at WordPress, acknowledged the concerns of the WordPress community and made it his personal mission to reassess the proposal and return with more agreeable options. With help from the community, Silverstein noted that there will be a strong push to conduct data-driven research. Additionally, by researching the disk storage impact from creating additional WebP images and a separate concern regarding compatibility of WebP with other functions like email clients, RSS readers, and lazy loading. Once the above-mentioned research has concluded, WordPress has pledged to re-evaluate the WebP feature on or off by default, and will consider creating a user interface that makes it easy to turn on/off. 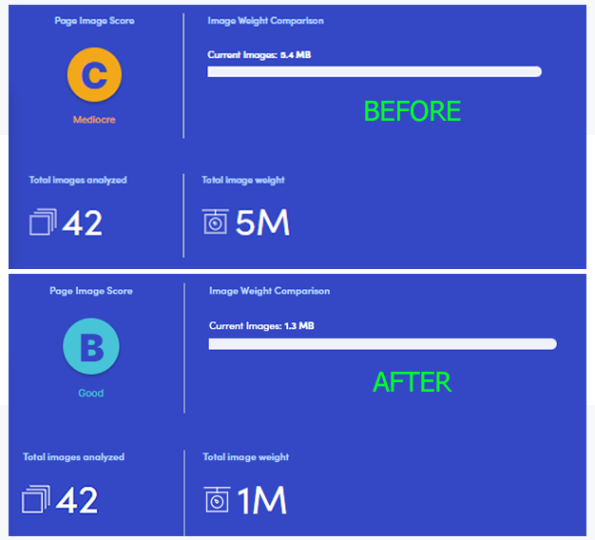 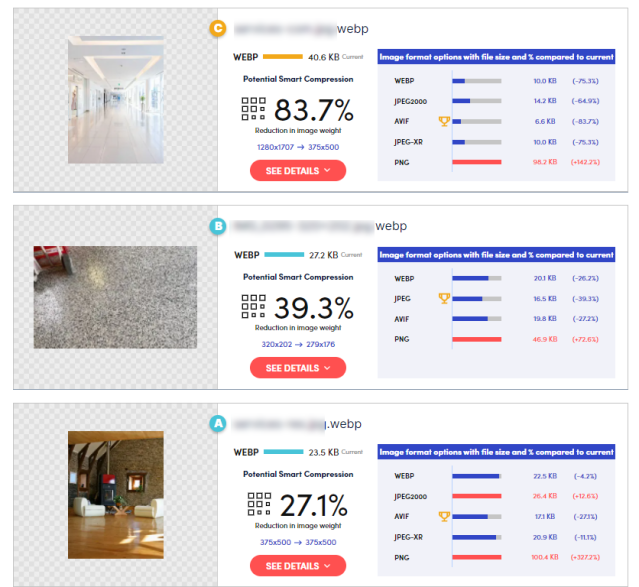 What Does The WordPress WebP Community Have To Say?

In case it hasn’t been clear up until this point, the diverse ecosystem that is the WordPress community will voice their opinions, regardless of if the feelings are positive or negative. As it relates to this update, the higher ups at WordPress were inundated with a flurry of positive comments, like this one:

“Thanks for the update @adamsilverstein, as always, you’ve handled the feedback from the prior post most graciously and I look forward to what the Performance team learns in this additional testing and research and appreciate all the efforts to ensure WordPress is forward-thinking and competitive in the CMS space.”

All in all, it looks like the WordPress team is coming to their senses in reaching a decision on their WebP proposal. They aren’t in a rush to make any hasty decisions, but they are also keenly aware of how WebP has benefitted many SEO teams like ours. WebP is a clear winner on all fronts and many sites are catching on. We have said it before, but within the next 5 years or so, WebP will be the dominant image tool. Heck, by then we might even be working with a 2nd or 3rd iteration of this tool! Be sure to stay tuned as we continue to receive more updates on its growth and development.

About the Author: patrick coombe

Patrick is the co-founder and CEO of Elite Strategies and loves to blog about SEO. His favorite topics include on-page SEO, technical SEO and agency life.