Doing our part to legitimize the “shady” industry we call SEO

Doing our part to legitimize the “shady” industry we call SEO

Shady, scammy, nefarious, crooked: all words that have been used to describe the SEO industry by various bloggers and people.

To kick things off and just be straight up about things, I don’t believe any industry as a whole is shady. Except if you consider the mafia, human trafficking or those categories to be industries. I am however reacting to the way SEO is perceived at times, as well as a recent thread on Inbound that I’ve been thinking about for a while.

I’d also like to say that any business owner that finds themselves in this type of situation could use this post as a template.

I’ve also made my fair share of mistakes in the SEO world. I’ve built bad links and made some terrible decisions on many many different occasions. Several years ago (around the first Penguin) I made the decision to make a change and really focus on doing good work.

Yes, there are many companies that can be shady, individuals that might be shady, even shady products (MLM, rebills, etc) 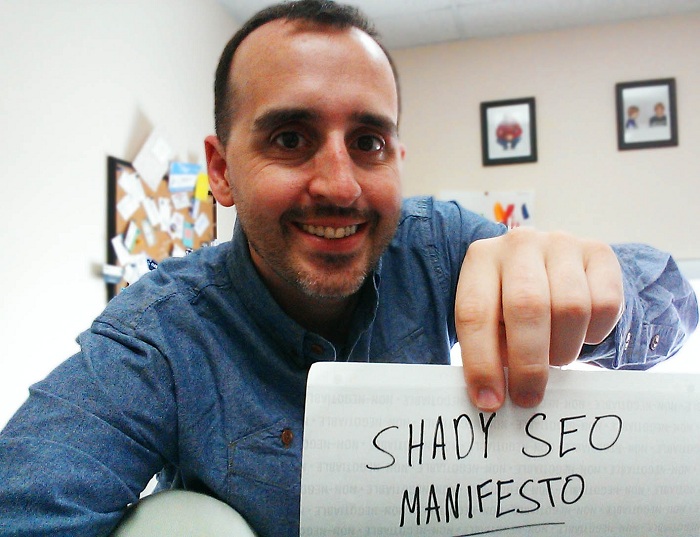 So what makes SEO a shady industry?

In the last few years we’ve have had quite a bit of shady experiences with shadiness in the SEO industry:

Like many SEO’s, I am also the recipient of dozens of solicitations for “guaranteed top SEO rankings” and the like.

There are also dozens of shady SEO practices being documented in the blogosphere, including the recent “top SEO’s” fiasco. Let’s not forget the whole Rap Genius outing and penalization and Hotels.com getting outed recently as well.

Partnering with the right companies and individuals

This conversation came up with our VP recently. We had the opportunity to work with a company that was throwing money at us, but after some investigation we found out some of their own practices were not really on the up and up.

Another example is we had a young man who was recently arrested for brandishing a weapon at a local establishment who called us for online reputation management. He was willing to pay top dollar to have these results “pushed down” in the search results. Again, just not something that we wanted to associate ourselves with.

Doing pro bono SEO or consulting is not only a great way to legitimize your business, but to bring in lots of referrals as well. Within the past month we’ve done 3-4 pro bono campaigns for various local businesses. In addition to making your company look great, it really is a great self esteem booster for everyone on your team, and a great resume builder as well.

Getting involved in the community

I cannot stress this one enough. Over the past year we’ve taken steps to get involved in the community in two different ways. The first one is “adopting a spot” here in Delray Beach where we basically pick up trash near our office several times per year. The second one is taking on a project at Lynn University where we go in and speak to them about online marketing and SEO. We have even taken steps to develop a curriculum where we will be doing an online project in the classroom helping students brand their name online. 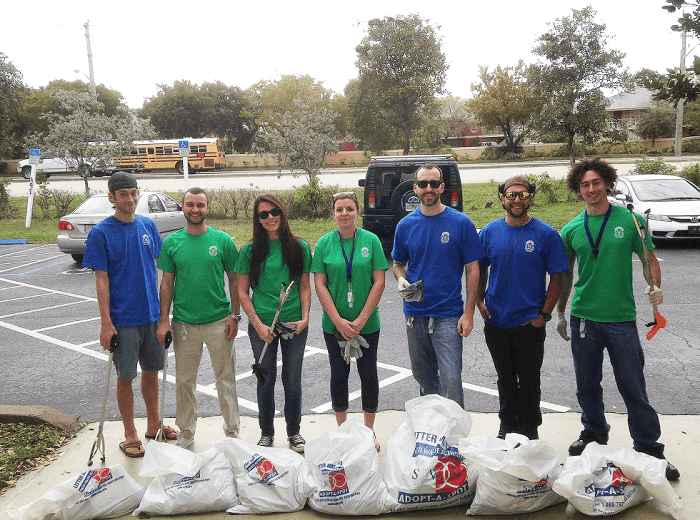 I might get some backlash on this one, but I really feel as though a company with a physical office, address, and in-house employees are deemed “more legit” than a a company where everything is fluid and invisible.

I am not saying that there aren’t great remote companies out there. In fact, there are many that I look up to such as Basecamp, Buffer, and Upworthy.

If you are going to have a remote company, my advice would be to have a very strong “about us” page with a focus on your employees and backgrounds. 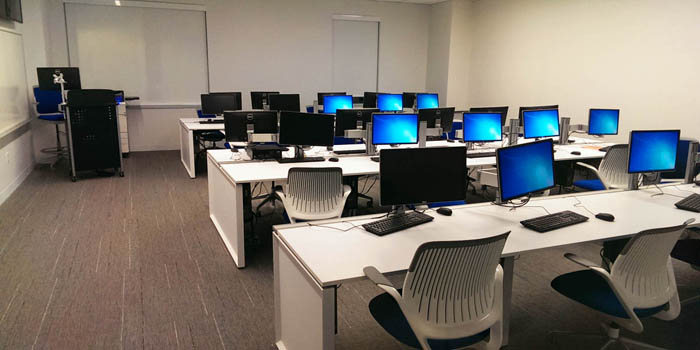 This is one area that we can really improve in, but definitely helps. Nothing beats the feeling of handing a new client a packet of custom printed information on some great stock inside a custom folder. That sends a totally different message than writing down your phone number on a napkin and giving it to them.

Having great marketing collateral can be expensive, but pay off in many different ways. If you can’t afford tons of different pieces, at least get your hands on a basic flyer / company fact sheet and a nice set of business cards.

I am not talking about saying please and thank you here. I see a ton of unprofessionalism on Twitter and other websites. These things are no bueno:

Any time I see a story about how a web designer “outed” a client for non-payment, I facepalm so hard. To me, it might be funny to some or drive traffic to their website but in the end it just makes the designer look like a gossip. 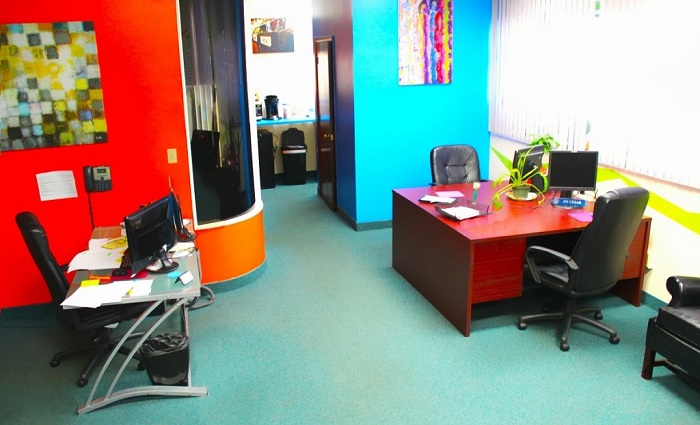 This is another area where we lack, but need to improve upon. Joining the local Chamber of Commerce can be a great way to add some legitimacy. I’m not a big fan of the BBB but those are great too.

Even if you aren’t active in these groups just getting involved can be a great way to show that you are part of a community.

Over the years, we’ve remastered our vision / mission statement several times. This was a strategic maneuver done in order to separate ourselves from the competition. Like many internet marketing firms, there isn’t much from a services perspective that we do different than other people.

Antonino, our lead SEO here at Elite Strategies is very passionate about doing legit SEO. “We spend a lot of time doing research trying to come up with new tactics within Google’s guidelines. It angers me when I see people trying to exploit these tactics which ruins it for everyone.” Nino also tweets a lot about this, you can follow him on Twitter.

Focus on having plenty of concise content that helps potential customers to better understand the benefits of your product/service. #seotips

For instance, we offer SEO, social media management and many other services just like other companies. What we try to focus on is the fact that we are a boutique agency with in-house workers and adhere to the guidelines of search engines and social networks. In this day in age where penalties are being handed out like hot lunches, it makes sense to go in this direction. 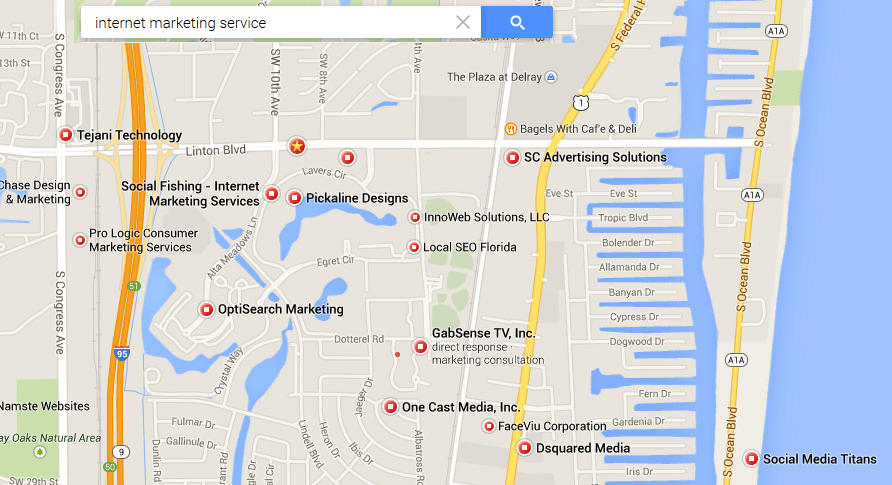 There are 20 internet marketing firms in Delray Beach within a 5 mile radius of our office. Over 100 within 20 miles. Many of them, such as DSquared Media do a great job and are on the up and up. With that much competition the only way to separate yourself from the competition is to show them that you do a good job, return phone calls, and don’t take part in shady practices.