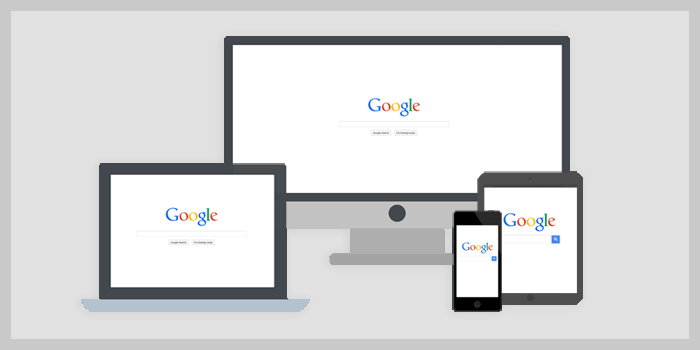 On-site advertising such as Google Adsense isn’t a huge factor in most cases, but if itsn’t improperly implemented it could potentially harm your website or even cause an action sometimes referred to as “penalties”. There have been a few studies in the past that has shown a slight negative connection between advertising and search engine rankings.

In 2011 Google released the Panda algorithm that targeted low-quality websites. After the Panda roll-out a large amount of websites containing excessive or low quality advertisements were penalized as a result. Back in those days it was very common to read posts about optimizing your website for maximum ad CTR (click through rate). These were the days when AdSense Farms (Google’s own advertising network) dominated the search results and publishers were making loads of money with. 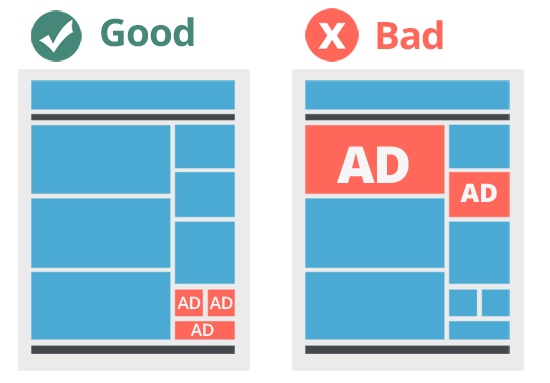 So many SEO’s have optimizing for CTR ingrained in their heads that they are shooting themselves in the foot from an SEO standpoint. 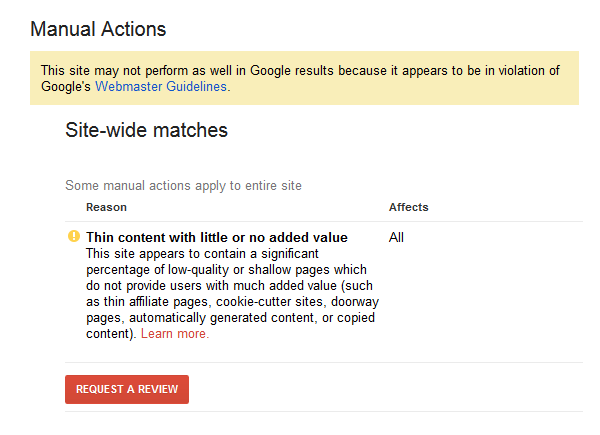 In order to have this penalty removed, you need to go through an extremely intensive audit of your website, fix everything, write a letter to Google, beg for forgiveness and request a review. This has spawned an entire industry “Google penalty removal.”

If you’ve followed Google’s guidelines, you shouldn’t have any problems.