This week we are interviewing Rohit Palit, a 15 year old all-star SEO mogul.  I met Rohit via inbound.org a few months ago and amazed at his drive, determination, and commitment to success.

Q. Hi Rohit, its been great getting to know you over the last few months.  Thanks for doing this interview.

Hi Patrick, thanks for deciding to do an interview with me in the first place. :P

Q. So, how exactly did you get into SEO?

Back in January 2013, when I was 13, I created a smartphone forum which went on to be very popular through 2011, averaging around 15-20K hits per day. I always have been interested in the technical side of things.  I love playing around with websites, hosting accounts, web software. So, it was a challenge for me to technically run such a big site with an extremely low budget. It was hugely driven by the community and just a couple of ads were all that made us revenue that was put into the hosting and development of the site. So, likewise, we couldn’t spend money on paid promotion. Maybe once in a while we’d have a small giveaway, or receive a donation from a generous member, but that was all.

I had it verified in Google Webmaster Tools and had an Google Analytics account as well, but at first I didn’t really check them much. It was, I think, only a couple of months later, when we had a surge in the number of users online, I wondered what could be causing so many people to visit our forum. I checked various stats about the site in Google Analytics, and was amazed at how search engines (primarily Google) were driving huge numbers of visitors every single month. It was like, 70% organic traffic, 20% direct (old visitors), and 10% referral traffic (I had created an extremely popular custom firmware for Nokia’s Symbian S60 5th Edition phones which got over 5 million downloads in total).

So, that’s how I got into SEO. I got into it while trying to improve the SEO of my own site (like most of the other SEOs). I did some on-page optimization and organic traffic increased by, if I remember correctly, around 40%. So, that was a huge bonus for the community. That made a lot of our forum members happy. But, I almost didn’t indulge into off-page SEO for that forum at all. Because, it was already cruising with great content, and thousands of members, so that attracted tons of natural links. 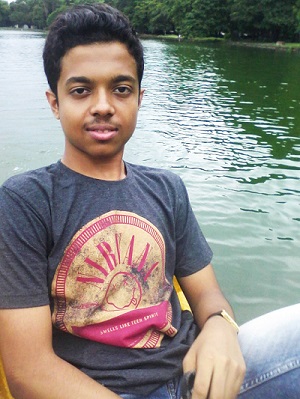 I got serious about SEO around 2 years later, after learning A WHOLE LOT more stuff, when I realized what my skills were really worth.

It depends on how you describe ‘idol’. I admire those who have a very specific result-oriented approach and who were pretty successful in what they tried with the help of SEO. I’m particularly a big fan of Neil Patel – I learnt a lot of things from his blog posts and talking to him. I also admire a few other great SEOs out there who’ve been able to do what they say – Jason Acidre, Matthew Barby, You, Brian Dean, Dan Petrovic and Charles Floate to name a few.

Apart from them, I also have a few other favorites  for the quality of content that they produce – Cyrus Shepard, Michael King, Rand Fishkin, Bill Slawski, Dr. Pete J Meyers and Joe Hall, that’s pretty much all I can remember at the moment..

Q. You are young and surrounded by adults 2x your age in the community working at agencies and freelancing, do you find that it’s been a challenge getting taken seriously?

First of all, to me SEO is really fun. I’ve always been interested in analyzing patterns and all – so client work doesn’t bore me. And, as I love what I do – the positivity often proves to be the determining factor to my success with client work.

So, I generally don’t care about competition from “adults 2x and 3x my age” because when I make a client happy with the results, they don’t really care if a 15yr old kid or a million-dollar agency with 150 staff did it.

Q. Where do you find all of this motivation?  When I was your age I was chasing girls and trying to find people to buy me alcohol?

Lucky for me, I don’t drink alcohol. :P

Q. Ok back to business – What forums and communities do you frequent?

I have accounts in forums like TrafficPlanet, QuickSprout Forum, and heck, even BlackHatWorld.

Q. Desert island: you can have only 1 SEO tool, what would it be?

Depends on what you call a ‘tool’. If I had to choose only one thing apart from the site I’m working on, it would probably be Google Webmaster Tools.

If I had to choose a real SEO tool, I’d choose ScrapeBox.

One thing I’m sure about is to keep getting better and better at SEO and maybe other forms of digital marketing. When it comes to studies, I had dreams of going to a place like Harvard and pursue a degree in Computer Science. I’m not really sure how that’ll shape up. I often lack motivation when it comes to studying other subjects than Physics, especially the languages. I did a decent job last year in the board exams, bagging a 100 in Physics + Chemistry and an overall 92%, but I’m not really sure right now whether I want to waste my time studying something I don’t really love that much

I don’t see myself working for an agency, but you never really know what happens. I prefer freedom over anything else. I prefer to be in a situation where I can wake up at 3AM and listen to System of A Down if I wish to. So I’m fine with freelancing for now. :P 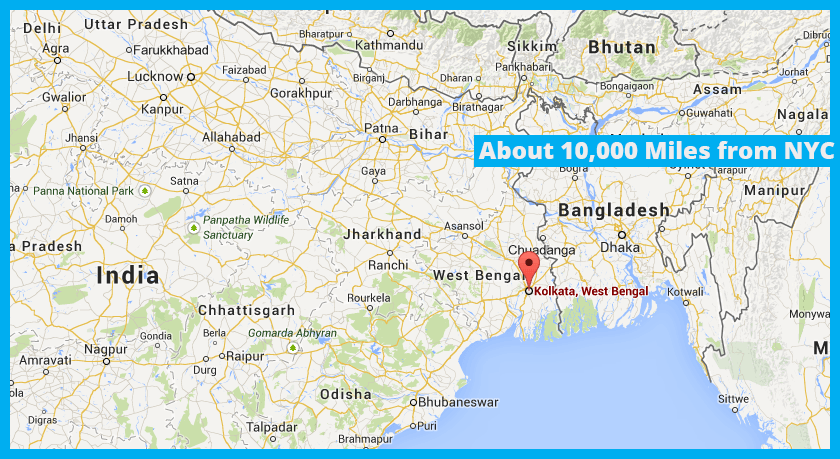 Q. Tell us about yourself, where you live and what your days are like?

I live in the city of Kolkata in India. Our locality isn’t really likeable, so I’ve got very few local friends. I’m mostly home, and I enjoy being home. I’m not that social IRL, so don’t go out with people much. I mostly go out alone, on my cycle. It’s an 18-speed rock solid bike that I bought last year.

I hate going to school, and more because I have to use public transport as they (the administration) wouldn’t permit me to ride even a motorbike. :P

I’m fed up with this country and want to move out to somewhere else a couple of years later. An ideal place would be where they have a better education system and people don’t give a damn about religion.

Q. Tell us one thing about you that we probably don’t know.

Uhm… I’ve got scoliosis. I’m not as depressed because of it as people would think because two my most liked persons, Usain Bolt and Kurt Cobain – have/had it. I used to do resistance training and I had to stop that due to the condition of my spine, though.

Q. Other than SEO, what other kind of 31337 skills do you have (programming, design, etc)?

I’m not sure… I use Photoshop, I can handle PHP, HTML and CSS as well. Gaming counts? I think I play FIFA pretty well. I love building desktops as well. I also play my acoustic guitar, though not as good as (in other words, much worse than) Billie Joe Armstrong. :D

Q. Do you classify yourself as white/black/grey/blue or other?

I see myself as someone wearing a blue shirt alongside a black jeans with a white hat and grey hairs. :P Just kidding… I’m mainly a white hat. If a client is a bit inclined towards grey hat, and have a not-worth-$10K site, I might try grey hat, but I’m kind of against large-scale spamming, so I try to avoid that. It’s good to have a bit of grey hat knowledge, IMO, even if you don’t utilize it. Kind of makes your skillset broader and you a better SEO overall by improving your understanding.

I prefer being creative instead for bagging links from authority sites.

Q.How did you get TechTage.com started? Whats the story behind that?

I started TechTage in the beginning of this year. There isn’t much of a story. I just wanted a blog not filled with affiliate banners / ads to post in. I originally started it to post about mainly Websites & SEO, Computer Hardware, and Web Hosting. My focus has turned to SEO and I’ve been getting a lot of good responses from people for SEO-related posts on TechTage, so I hope I’ll be able to grow it a bit more in future in terms of readership.