Within the past few months we have been seeing some conflicting information regarding the value of in-content links within press releases.

Some say don’t add links in your press releases. Others say no-follow your links.  And then others say have at it, link away because it works!

In December of 2012, right before the new year, Google’s own Matt Cutts stated on Google Webmaster Forums:

In addition, Google has recently made it really clear that keywords stuffed into press releases are a no no. 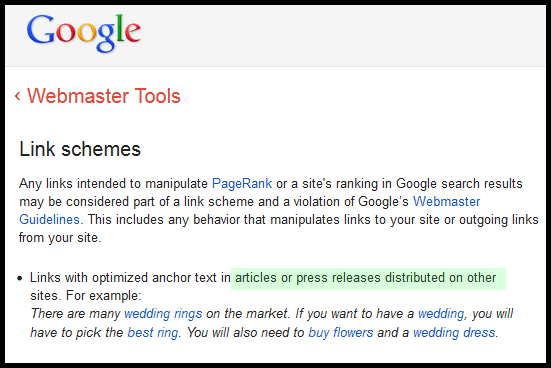 Webmasters and SEO’s across the globe are divided into 3 parties right now:

Party A – Believes that Google is lying because they actually do work.

Party B – Believes Google and cautiously heeds their warning.

Party C – Believes that links in press releases do work, but doesn’t use them due to personal ethics or fear of future algorithm changes.

In January of 2013 a blogger by the name of Jon Hogg ran an experiment (link now 404d) (Feb 15 2014 update study no longer available) based off of his theory on this subject.  His tests clearly showed that by dropping exact match anchor text in press releases it would benefit his rankings.  Within 3 days his test ranked for the targeted key phrase.

But we don’t need to read this experiment to know that SEO’s use press releases as way to leverage their SEO campaigns.

SEO’s have been doing this for years now and there are dozens of firms that offer press release distribution to SEO’s.

Just Because it Works Doesn’t Mean it Won’t Hurt

It also doesn’t mean it’s “legal” – or ethical for that matter.

And this is true with a lot of things in SEO, just because it might give you a boost in rankings does not mean it won’t hurt you.  Black hat SEO’s preach that blog comments and SAPE links “work.”  Again, no one knows what will happen when the next algorithm update happens.

A ton of bad things could happen –

A lot of SEO’s are constantly arguing “My *insert SPAM tactic* works just fine for ranking and I do it all the time.”

While this might be true, any SEO who has been around for the past few years will know that just because something “works” does not mean that it is a viable long term strategy.

Don’t Gamble With Other People’s Money

If you are an agency SEO or have clients and are “experimenting” with things like links within press releases then you are gambling with other people’s money.

It’s basically the same as taking money from someone who wants to invest in stocks, taking an insider tip and winning.  Sure it “works” but it is against SEC guidelines and there is a risk you could get caught and lose big time.

In this day in age, we can’t take what Google says lightly.

I believe that press releases do pass value through in-content links and will benefit a site in the SERPs.

I also believe that this is a risky move, and you might get penalized in an upcoming update or manual scan.

Even so, everyone’s doing it

Seriously,  just navigate on over to PR Newswire and browse the latest press releases:

Right away you will see that all of the big brands are taking full advantage of press release links.

Not only are they getting links from press release sites, they are targeting exact match anchors.

On top of all that, some companies are doing 5-10 press releases every WEEK.

ATT took a page right out of the book “SEO for Dummies” and are utilizing not only in exact match anchor text targeting but tiered linking as well: 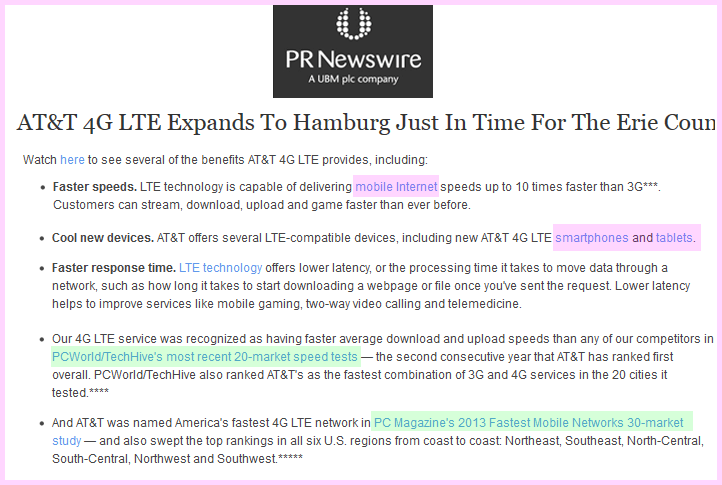 Yep, it seems as though part of ATT’s SEO plan is to utilize tiered linking or “linking to their links.” This tactic has also been used by SEO’s both whitehate and blackhat for ages.  From a user experience perspective sure, it is natural for ATT to reference recent speed tests within their press release.  Most SEO’s can see right through this and see what they are doing. 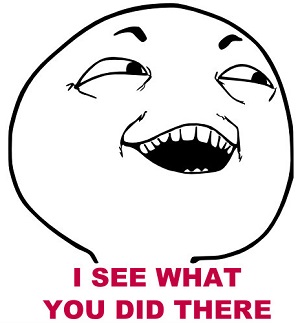 Playing it Safe with Press Releases

From a user experience perspective, it is perfectly natural to not only place links in press releases but to syndicate them often.

If you really want to play it safe, the best thing you can do is place a “reference” URL at the bottom of your press release.

As an employee of an agency, I would advise our clients to follow the Google Webmaster Guidelines and not use exact anchor links within press releases.

When and How Often to Distribute

Keep in mind that Google keeps a “tally” of your links so even though you feel you might have press worthy news every day, you might not want to drop a ton of links in them (or any at all.)

In my opinion, one should only submit a press release when something is truly newsworthy.  This might be an event, product launch, or major company changes.  Your company’s mascot appearing in a meme is probably not press release worthy.