Google+ no longer requiring use of real name

Home » Google+ no longer requiring use of real name

Google+ no longer requiring use of real name

Was kind of shocked when I heard this news. In an announcement that came in late today on Google+, they broke the news:
[quote] Today, we are taking the last step: there are no more restrictions on what name you can use. [/quote]

In the last few years Google has been extremely strict with their policy on real name usage. It has caused nymwars and many issues for many people and brought up numerous privacy concerns on a number of different occasions.

But what really comes to mind when I heard this announcement is trolls.

When YouTube and Google+ merged, one of the biggest selling points Google spoke about was the fact that it would greatly reduce the amount of trolls / spam comments due to the fact that Google+ required the use of real names.

Most die hard YouTube users were pretty upset about the merge, but were OK with it if it did in fact reduce SPAM on their pages.

On a positive note

Oh, and what about authorship?

Haven’t really put a ton of thought into this factor. The whole point of authorship is being able to give authors credit for the content they’ve produced. Now that you can use a nickname as your Google+ name, that basically means that nicknames and even brand names could foreseeable be credited with content creation within the SERPs. I know, not a huge deal right now but it does raise a ton of questions that again, I haven’t even considered yet.

To change your name to a nickname

Go to your Google+ profile and simply click on your name. You’ll then be directed to a few forms, warnings, and notifications. 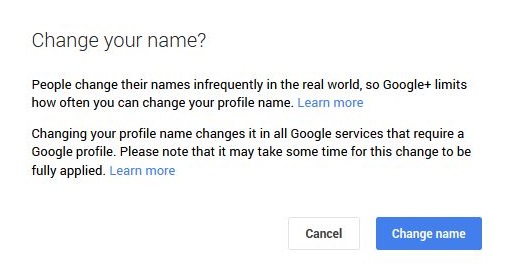 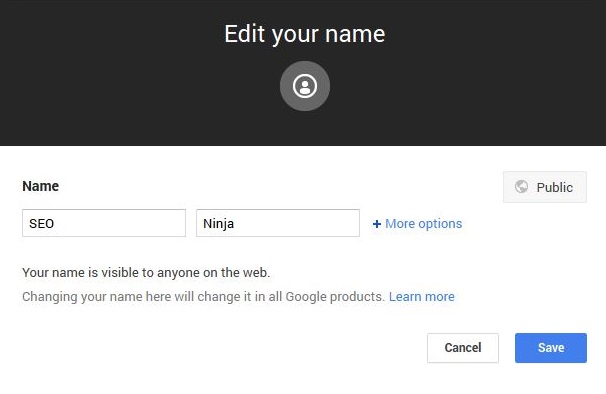 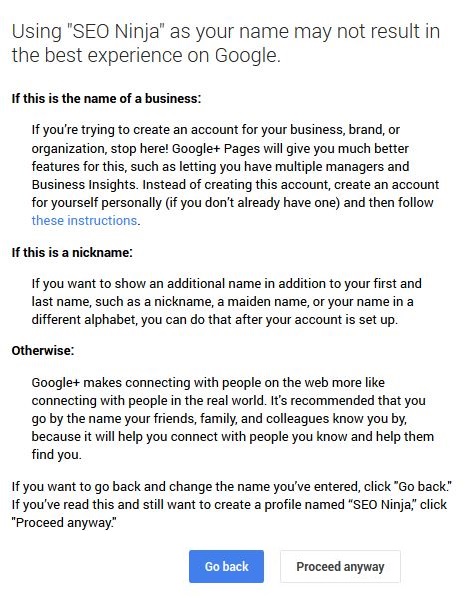 So it seems as though they are still warning people about using a nickname, unless the update didn’t roll out yet for me which is very possible. I’ll continue to check over the course of the next few days to see if any new warnings etc pop up.

If anyone has any comments on this please feel free to drop me a line below.