Facebook has officially joined the hashtag revolution.  As of Wednesday June 12, 2013, Facebook is now allowing users to add the # symbol before a word to signify a topic or theme, otherwise known as hashtagging.  Once the post is made, that topic (or hashtag) would be searchable by other Facebook users.

Instagram and Twitter users are already familiar with hashtagging, which has been used to organize everything from political events, to crazy memes around the world.  Right now for instance #ios7 is a trending hashtag on Twitter.  Anyone who clicks on the hashtag will find other users that have a similar interest.

“To date, there has not been a simple way to see the larger view of what’s happening or what people are talking about,” Facebook’s Greg Lindley wrote their company blog.

Facebook is really late to the game, pretty much all of the major social media networks and micro blogging platforms allow hashtags, including:

Facebook made this announcement and alluded to more updates: “Hashtags are just the first step to help people more easily discover what others are saying about a specific topic and participate in public conversations. We’ll continue to roll out more features in the coming weeks and months, including trending hashtags and deeper insights, that help people discover more of the world’s conversations.”

We all know that this wasn’t as much as an added feature as it was a remedy.  Everyday people post pictures from Instagram with hashtags that do not translate to Facebook’s infrastructure: 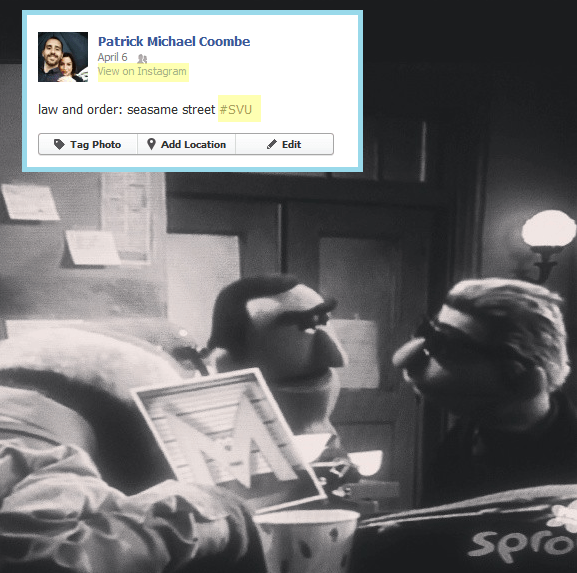 This pic was hash-tagged on Instagram but on Facebook it was merely a word with the pound symbol.

Facebook finally realized this annoyed users and wanted to provide a solution for them.

In addition to Facebook adding hashtags, they’ve also released the ability to verify Facebook profile pages.  This is another page out of Twitter’s book and a step in the right direction of providing a quality user experience to their users.

But I don’t see hashtags yet?

Facebook said although the functionality has been enabled today (Wednesday June 12th), users will gradually start to see hashtags enabled over the next few weeks.

This is very common with large scale social networks.  When they enable a feature, they don’t do it all at once.  They want to make sure it works, so they do it little by little.  During the process they listen to feedback from users to see if what they are doing is right.

Who came up with hashtagging?

While many folks believe Twitter was the creator of the hashtag, it was actually invented by a gent named Chris Messina who now does UX for Google+.  While Twitter is responsible for the widespread popularity of hashtags, Chris developed the concept as a way to structure and organize different tweets.  It was at that time he proposed the # symbol as a way of executing this idea.

What does this mean for marketers?

Everything.  Hashtagging is an amazing way to brand a company, person, or entity.

Hershey’s Cookie Headquarters or “#CookieHQ” is an excellent example of this.

In just a few months Hershey saw nearly half a million mentions of their brand by using creative social marketing.

We will certainty be following any and all news of hashtagging on Facebook in the near future.  We are excited to see what the big brands will pull out of their hats, and what hashtags trend the most in the beginning.