I’ll admit, I saw this news happen a few months ago and was pretty happy about it. Apparently Facebook and Shutterstock partnered up to let advertisers use Shutterstock images within Facebook ads.

For some reason, the roll-out didn’t hit my account until yesterday, even though it was announced in August of 2013.  I do a lot of Facebook advertising, so I’ve been eagerly awaiting this update.

A few quick screenshots from those of you who aren’t familiar with Facebook’s advertising back end: 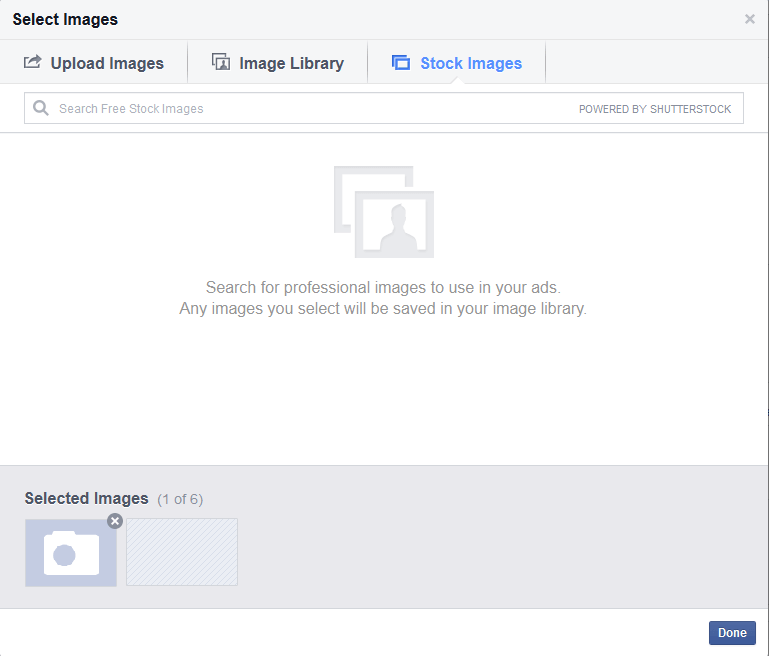 It is pretty simple to use.  Just type in a few keywords and Facebook will call the Shutterstock API and return relevant images.  Don’t worry, you don’t have to license these images that is already taken care of for you courtesy of Facebook. 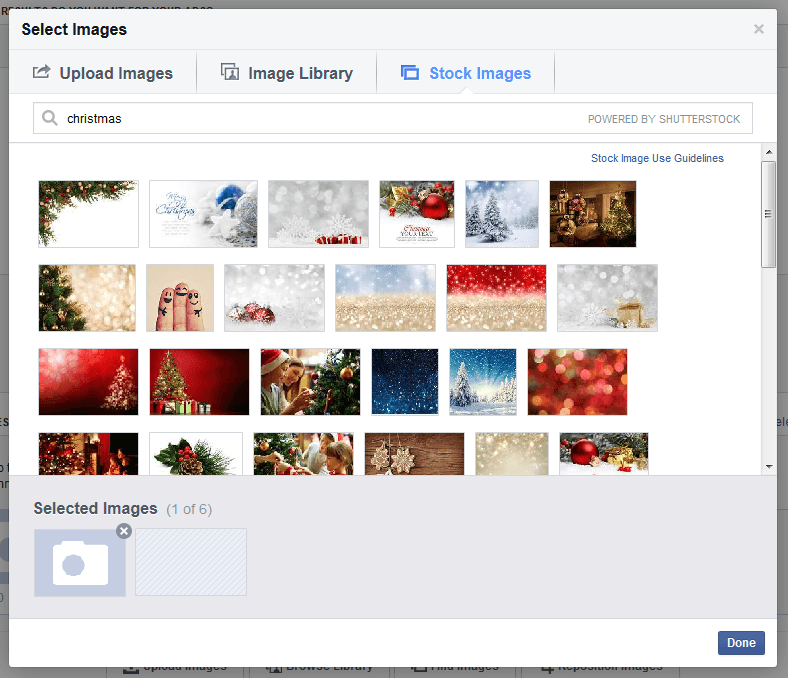 In the past if you wanted to upload multiple images per ad you had to do this by hand, which can get really time consuming especially if you have hundreds of images & creatives.

With this latest update, you are now able to upload up to 6 images per ad / campaign and submit them for approval all at once. 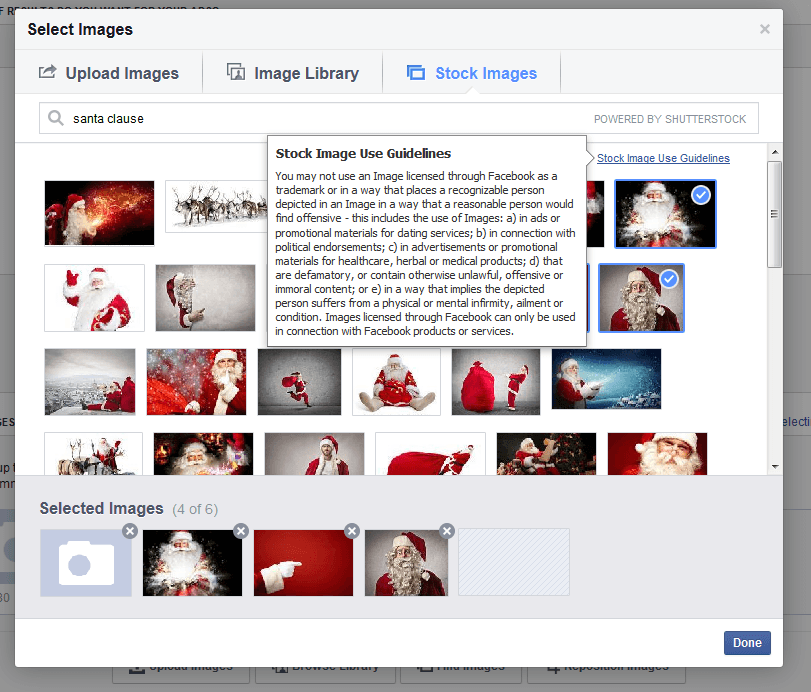 The downside to all of this is that although Shutterstock has a huge library of generic images, it misses the mark a lot of times.

For instance, there are a lot of custom tweaks that I like to do to my ads to make them stick out such as adding borders and effects.  If you want to do this you would still need to manually upload each ad one at a time.