At just $35, the new Google Chromecast is a bargain. Most modern TV’s already have streaming media functionality built in, so Google wised up and made a much more “portable” way to stream Television.

I tried ordering it on Thursday 7/25 but got rejected. I closed Firefox and logged onto our office neighbor’s wifi – low and behold I was “allowed” to order. I picked the fastest shipping. 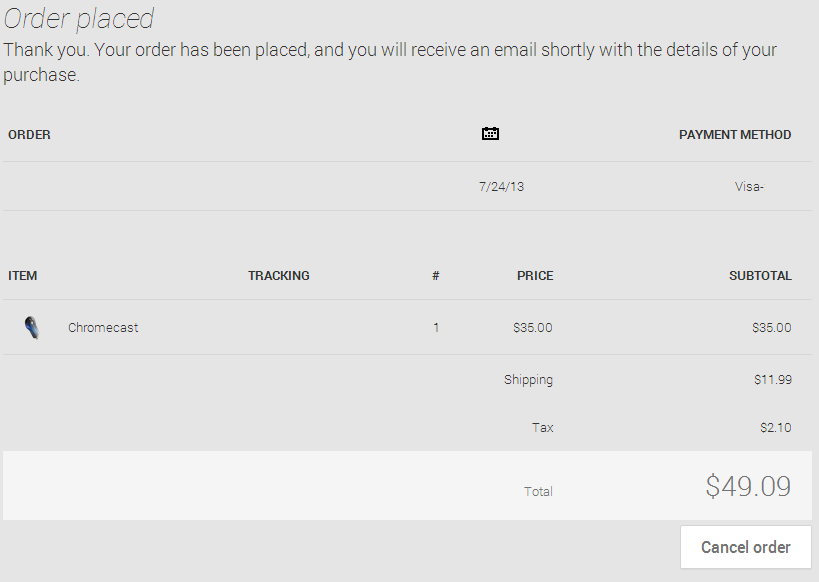 It arrived on time, with no hiccups along the way. 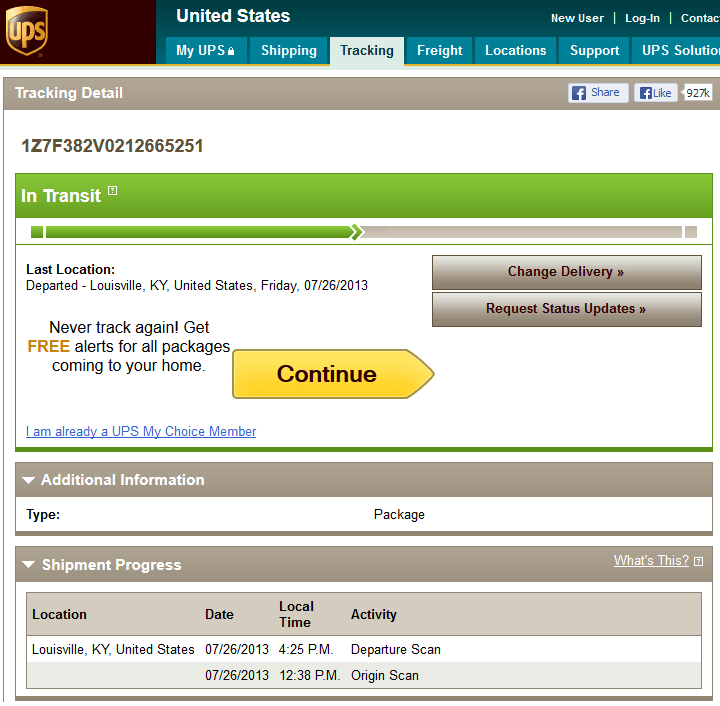 Received the box on Monday morning bright and early which contained a few items: 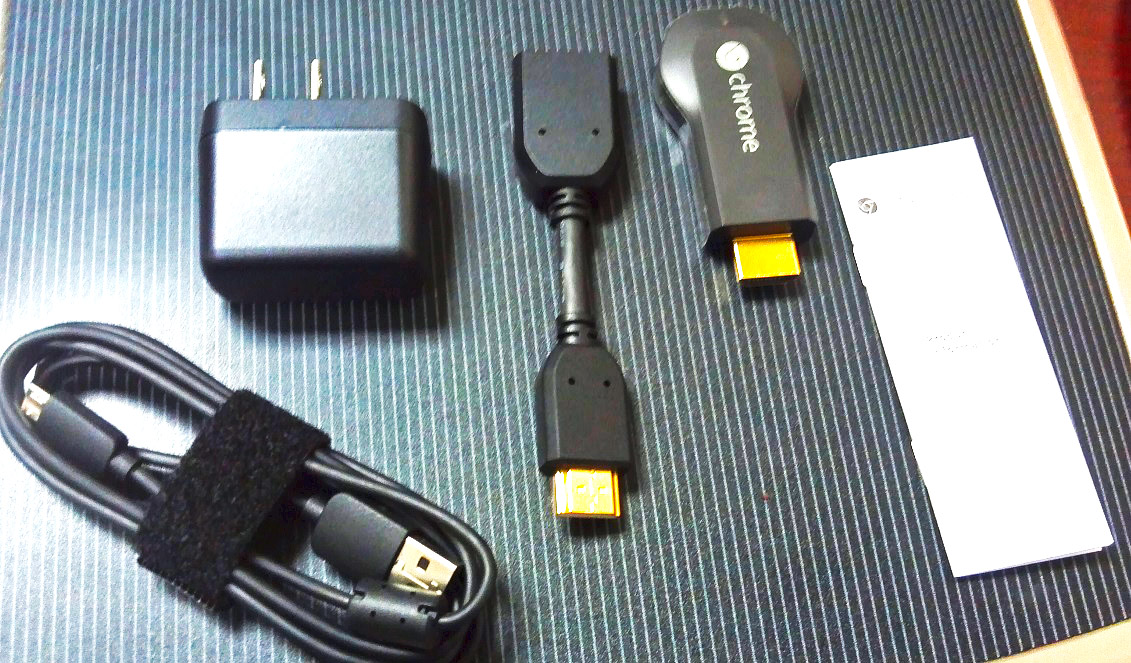 Once everything was plugged in, the next step was to download the Chromecast software to my PC.  I did this by going to http://www.google.com/chromecast/setup which was super easy and took just a few minutes. Once the download was completed, the install process was also only 2 steps.  The second step involved validating 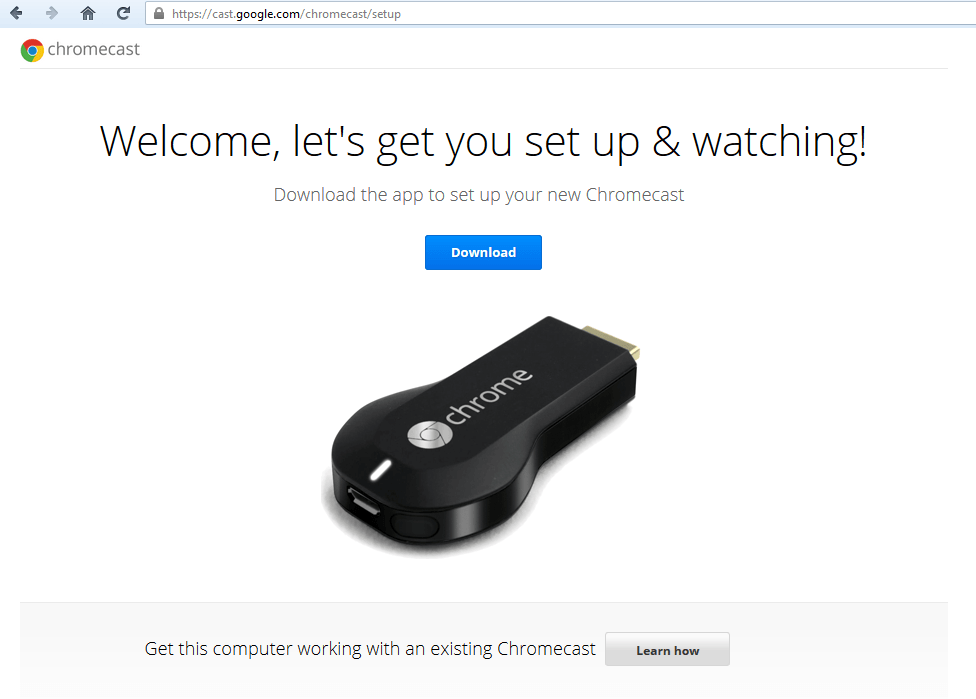 Last step basically involves validating a code that appears on your screen to which I respond, “OK.”  (go ahead, stand outside my house and hack my Chromecast, actually I’m giving it away) Ok all the setup stuff was really easy.  There was one part when it didn’t latch onto my wifi but low and behold I hit “retry” and it connected.  (first time that ever happened.)

My Chromecast Review as a Consumer Not a Hacker

When I was finished setup, I remember thinking, “umm, ok now what.”  I didn’t know if I was supposed to use a remote or app or what.  So I started fiddling around with the directions and read that I have to be using Chrome to use the Chromecast.  I normally use Firefox so I didn’t see anything on my own.

Note: I didn’t read any of the directions, per usual.

So from my computer I power up Chrome and go to Netflix.com.  In the next room I have “input 3” selected (that’s what port it is plugged into).

From my computer, I open up Mad Men Season 5 episode 1 and hit Play.

I fiddle around and notice a new button on the bottom navigation of Netflix. 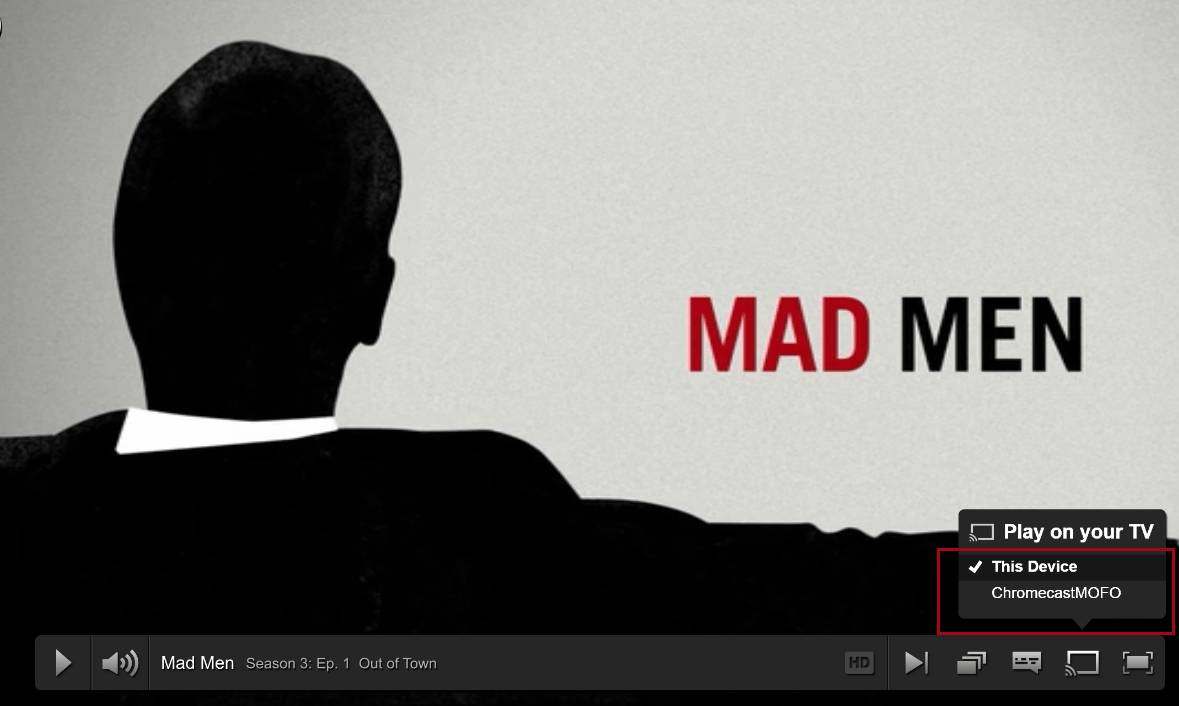 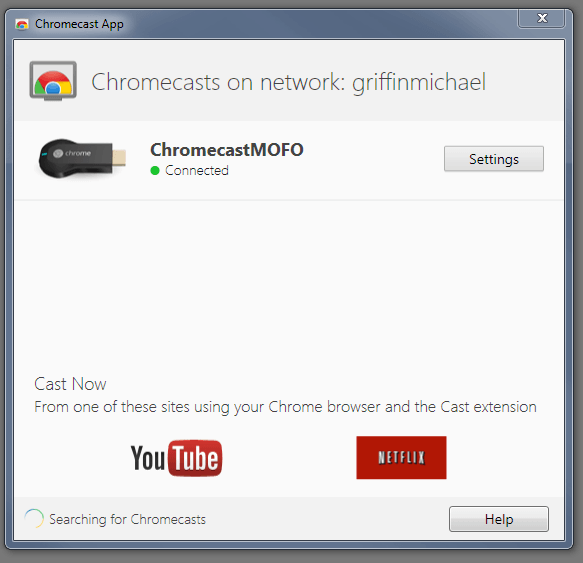 Anyhow, I got everything up and running.

The picture looked great and it was no slower or faster than Apple TV.

What I haven’t tested on the Chromcast

I haven’t tested any of the new “Cast extensions” other than Netflix and Youtube.

I also haven’t tried running it from my Android phone, which I really want to (but my wife wants to watch TV with me and won’t let me play)

I am really excited to mess around with this some more and see what it can do.

Overall I give it a “Meh” on an overall scale of my happiness.

TV’s pretty much have this functionality built in.  If a situation arises where I need a quick and portable streaming TV device, then this might be good.  Other than that, not sure why a device like this would take off when there are so many others out there that have more capabilities (such as Apple TV)

One thing I really like is that it includes a nice micro USB charger which fits into my phone. So at least if it does not work out I have that.

Note: I am anti-Apple and pro-Google yet I still prefer the Apple TV over the Chromecast.

Also note: the Apple TV is the only Apple product I like.

Addendum: I find nothing wrong with this piece of hardware.  I can’t find any “bugs” and it was really quite easy to setup.  My only issue is that the technology isn’t as necessary as it was 1-2 years ago.

If you would like to review the Chromecast and don’t have one let me know and I’ll ship you mine for free as long as you send it back.