If you are a total SEO nerd like me and love to watch SEO videos in your spare time, then check out some of these YouTube channels chock full of SEO goodness.

Beware: the SEO niche on YouTube is probably 97% crap.  There is a ton of just plain bad information being spread around as well as videos that have ulterior motives such as selling some crap SEO “product” or affiliate scheme.

Here are my 8 favorite SEO related YouTube channels that will teach even the most experienced SEO or internet marketer a thing or two.

If you haven’t watched any of Gary’s videos, then you are seriously missing out.  Gary is literally one of the most passionate people that I know about inbound marketing & SEO. To call him a leader in the industry would be an understatement, he is on another level.  Surely, you will learn a lot from these videos about so many different sub-categories within our industry, but you’ll also probably learn a ton of things we weren’t even expecting.  Gary’s channel is also great for a quick motivation fix if you need one.  He has inspired me on a number of different occasions and I always jump whenever I see a new video from his channel.

If you are part of the SEO community, then surely you know the name of Eric Enge.  In addition to being a remarkable SEO, he has also been doing some amazing Google+ Hangouts over the past few months.  He is really good about doing them almost every week, and always has a ton of really cool guests on his show.  The great part about following Eric’s videos is you will surely get more involved in the Google+ / YouTube community as a result of it. 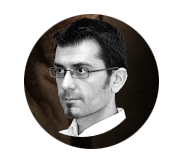 Dan’s YouTube channel is filled to the brim with SEO goodness.  He has a bunch of videos that are an hour long+ and which are really nice when you want to stretch back on your couch and learn something new about SEO away from your desk.  Dan is also a leader in the community so listen carefully to what he says.

These videos make the rest look like they were filmed on an old Nokia flip phone. It basically looks like every video was filmed at NBC.  This YouTube channel is nothing but quality in terms of the video editing, production, and of course the content.  Moz has a fully staffed team of brilliant engineers that are not camera shy and are always coming out with innovative videos.  The other great part about this channel is you can view practically all of their Whiteboard Friday’s from a central location. 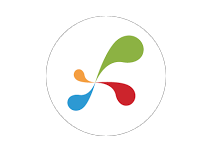 Distilled is probably one of the most respected SEO & digital agencies on the planet.  They have a kick ass video production team and the videos are well done.  What I like about their channel is that they do these discussions or “Distilled Live” videos with 2 or more people talking about a topic.  This is a nice break from the usual one person talking into the camera which can get kind of awkward at times for some people.

Did you know that most of SEER’s videos were filmed in a church that is on their premises? You might think that this channels is dominated by Wil Reynolds but it does a great job of featuring the brilliant minds of those that work for SEER as well as some guests.  There are some real gems in here every SEO should check out.

Michael is one of the smartest SEO’s I know.  You won’t find him vying for the spotlight or any of that nonsense, its all straight truth.  My one complaint is I wish he published video’s as often as he made blog posts (I know, easier said than done).  If you are more of a “technical SEO’ then you will definitely appreciate his videos.

There are a ton of Google sponsored YouTube channels out there, but Google Webmaster Help is the one that every SEO has their eye on.  It is mostly known for the videos featured by Matt Cutts where he will respond to questions from the Google Webmaster Support Forum, but you’ll also find some other Googlers on there doing some fairly interesting videos.  In my opinion, it is all very basic stuff but on the same token it is a great place to review all of the basics.

I’m always looking for more SEO related YouTube channels to watch.  We also like to watch them in the Elite Strategies office while we are working, so if anyone knows of any YouTube SEO channels that I’ve missed give me a shout or let me know in the Google+ box below.  Thanks!